Most government activity in the United States rests on a simple idea: that it’s okay for the legislature to authorize the executive branch to regulate basically anything the legislature itself could reach—working conditions, pollution, elections, financial products, mask wearing, you name it. That idea is now under attack. Relying on a so-called nondelegation doctrine, conservative originalists insist that the Founders never intended for government to work this way. They call for courts to strike down any laws that delegate too much power—and much of the federal bureaucracy along with them.

Their argument is grounded in a cursory, selective review of the historical record; it simply falls apart under any kind of serious scrutiny. Americans in 1789 didn’t share the view that broad delegations of legislative power violated the Constitution. Indeed, they would have been baffled by the claim, because governments throughout the Anglo-American world had long relied on this very technique without controversy. There wasn’t any nondelegation doctrine at the founding, and the question isn’t close.

To understand why this matters, and just how wrong these critics are, start with the practicalities. Legislative delegations pervade just about every area of policy: air quality, drug testing, business regulation, health care, education, and so on. Legislatures have neither the bandwidth nor the expertise to write every detail of complex government programs, least of all when those programs need to adapt nimbly to technological changes, economic disruptions, and new information about the world.

So instead, Congress instructs the Environmental Protection Agency to set pollution standards that are “requisite to protect the public health,” the Federal Communications Commission to regulate the airwaves “in the public interest,” and the Justice Department to classify a drug as a controlled substance where “necessary to avoid an imminent hazard to the public safety.” Indeed, the current pandemic finds both the president and many governors turning to even broader legislative delegations for the legal authority to require people to stay home, to shut down businesses, to restrict international travel, and to push companies to ramp up production of medical equipment.

[Jane Chong: How to actually use the Defense Production Act]

The delegation of regulatory power to federal agencies is thus the indispensable foundation of modern American governance. And it is under siege. Over the past year, a resurgent conservative majority on the Supreme Court has signaled that it is poised to breathe life into the “nondelegation doctrine.” A largely forgotten relic of the Supreme Court’s embarrassing (and quickly abandoned) resistance to the New Deal, the nondelegation doctrine would allow courts to strike down laws that, in their view, give the executive branch too much power with too little guidance.

The threat to responsible government is hard to overstate. If open-ended delegations are unconstitutional, Justice Elena Kagan observed, “then most of Government is unconstitutional—dependent as Congress is on the need to give discretion to executive officials to implement its programs.”

What’s the justification for adopting a doctrine that would threaten the very foundation of the modern American state? For Justice Neil Gorsuch, who appears to be leading the charge to reinvigorate the doctrine, the answer comes down to originalism. “The framers understood,” Gorsuch claimed in a 2019 dissent, “that it would frustrate the system of government ordained by the Constitution if Congress could merely announce vague aspirations and then assign others the responsibility of adopting legislation to realize its goals.”

For years, progressive lawyers have mostly reacted to such arguments by rolling their eyes. Surely there’s too much water under the bridge for the country to go back to 1789. And it does seem awfully convenient that the Founders supposedly believed in a doctrine that aligns so neatly with the Republican Party’s desire to bring the administrative state to heel.

To see why, keep in mind that originalists want to discern the “original public meaning” of the Constitution. That can’t be a secret or hidden meaning. It must be the meaning that the public—and in particular, the delegates to the state ratifying conventions—would have assigned to the Constitution’s spare text. For originalists, the burden of proof is high: to justify a judicial assault on laws adopted by Congress and signed by the President, the historical evidence should be nothing short of bulletproof.

Right out of the gate, nondelegation advocates run up against the embarrassing fact that the actual text of the Constitution doesn’t say anything about restricting delegations. Originalists brush that problem aside, however, by pointing to Article I of the Constitution, which assigns “all legislative powers herein granted” to Congress. They insist that the founding generation would have understood this assignment to implicitly forbid Congress from further delegating any part of that power to federal agencies.

As their primary justification for this nontextual conclusion, originalists like Justice Gorsuch look to the English political theorist John Locke. In his “Second Treatise of Government”—written a century before the U.S. Constitution was ratified—Locke wrote that “the legislative cannot transfer the power of making laws to any other hands: for it being but a delegated power from the people, they who have it cannot pass it over to others.”

Originalists, however, have misunderstood the passage. When Locke spoke of transferring the power to make laws, he wasn’t worrying about burgeoning bureaucracy; his target was a far more fundamental debate about the very right to rule England. No less eminent an authority than Sir Francis Bacon had argued that “it is in the power of a Parliament to extinguish or transferre their owne authority” entirely: “If the Parliament should enact … that there should bee no more Parliaments held, but that the King should have the authority of the Parliament; this were good in law.”

Locke vehemently disagreed. For him, the permanent alienation of legislative powers—the “transfer” of “the power of making laws”—was anathema to the principle of popular self-determination. So if Locke’s views are taken as the final word, maybe the Constitution should be understood to prohibit Congress from closing up shop and making the president a permanent monarch. Indeed, a few contemporary theorists suggested as much. But that’s worlds apart from saying that it’s unconstitutional to delegate power when Congress remains on the scene to supervise, check, and withdraw that power.

Indeed, the Founders would have been baffled by originalists’ claim that legislative power cannot be delegated. It was delegated all the time. Parliament regularly delegated legislative authority to ministers and corporations, and state legislatures in the Americas did the same. More striking still, the states delegated some of their legislative powers to a national legislature under the Articles of Confederation. (As Alexander Hamilton explained, “If the [New York] constitution forbids the grant of legislative power to the union,” then the powers granted under the Articles of Confederation “are illegal and unconstitutional, and ought to be resumed.” But they weren’t, because it didn’t.)

[Jeffrey Rosen: Hamilton would not have stood for Trump’s new constitutional theory]

Early Congresses followed suit. Though they often issued instructions in painstaking detail, they also delegated in sweeping terms. These delegations were neither ancillary nor of secondary importance. They were vital to the establishment of a new country—to shore up its finances, regulate its industry, govern its territories, secure its revenue, and guard against internal and external threats.

All of these laws, and others we discuss in the paper, empowered executive officials to adopt rules governing private conduct without meaningful guidance from Congress. And yet, in the nearly 2,000 pages of recorded debate from the First Congress, none spurred a nondelegation objection. If there was a nondelegation doctrine of any stripe—let alone a broadly shared and uncontroversial understanding—it’s inconceivable that no one would have mentioned it.

Originalists dismiss or disregard all of this. But remember—if they’re arguing that courts should strike down federal statutes, it’s their burden to show that the Founders broadly shared a deeply embedded understanding that broad delegations were impermissible. Beyond the reference to Locke, what evidence do they have?

Originalists sometimes point to a debate in the Second Congress, when James Madison objected to a proposal that would have given the president authority to establish new post roads. “There did not appear,” he said, “to be any necessity for alienating the powers of the house—and that if this should take place, it would be a violation of the Constitution.”

If you read the whole debate, however, it’s clear that Congress didn’t buy it. As one of Madison’s opponents said, Congress was “also empowered to coin money, and if no part of their power be delegable, he did not know but they might be obliged to turn coiners, and work in the Mint themselves. Nay, they must even act the part of executioners, in punishing piracies committed on the high seas.”

More to the point, the law that Congress adopted allowed the postmaster general to “designate” additional roads that “shall … be deemed and considered as post roads.” Far from demonstrating the force of Madison’s constitutional objection, the statute as enacted expressly conferred the authority that Madison had claimed was unconstitutional!

And this is originalists’ best evidence from the founding era. In tens of thousands of pages of the ratification debates, and in tens of thousands of pages of early congressional debate, during a time when politicians blithely advanced even kooky constitutional arguments at the drop of a hat, originalists have nothing better than Madison’s idiosyncratic and ultimately abandoned objection to postal delegations. If the Founders really did believe in the nondelegation doctrine now espoused by Justice Gorsuch, there ought to be significantly more material. At a minimum, you would expect opportunistic politicians to have invoked the principle regularly across a broad range of statutes to which some version of it could easily have applied. Yet the historical record is very near to silent.

The nondelegation doctrine didn’t exist at the founding. It’s a fable that originalists tell themselves about how enlightened people must have thought about the Constitution. For those suspicious of agency authority and centralized government, it makes for a comforting story. But it’s just not true. 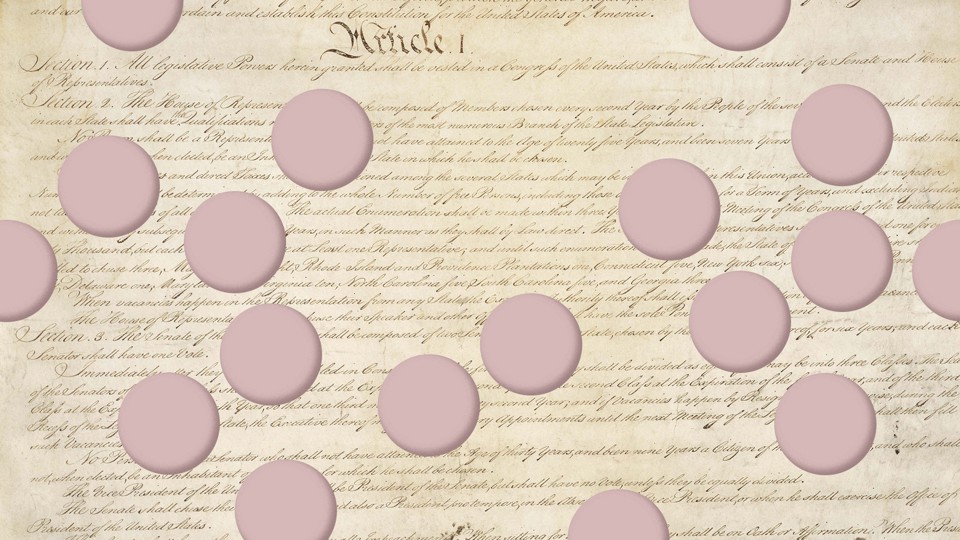