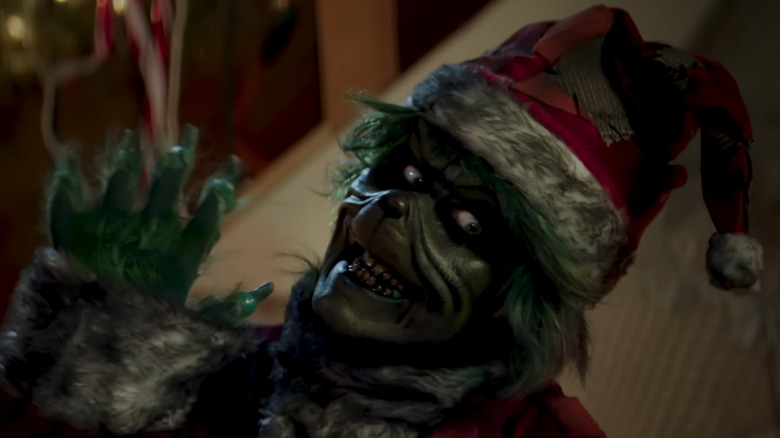 Whether they teach us lessons about responsible mischief or protecting the environment, the whimsical stories of famed children's author Dr. Seuss were built to last. His characters, most of whom share an impeccable disposition for rhyming, exist in a fantastical world of make-believe, where traditional lessons become adventures. Of Seuss' many, many characters, few are as ingrained into the pop culture zeitgeist than that of the Grinch. Given what time of year it is, you've likely heard the famous Thurl Ravenscroft song plenty of times already.

Where the season pleads us to spread kindness and goodwill towards others, "How the Grinch Stole Christmas" offers something very different. We're witness to every detail of the villainous scheme as it comes to fruition. Christmas stories largely follow good people, but the Grinch invites you to revel in his wickedness -- prior to his revelatory change of heart, of course. It's no wonder the 1957 children's book has had so many adaptations.

The 1966 animated television special is one of the greats, as Boris Karloff perfects the sly charm of this nasty character. Love it or not, the 2003 live-action film adaptation from director Ron Howard is a fascinating fever dream, in which comedy superstar Jim Carrey plays the Grinch as if he were a possessed Gremlin. There's also the matter of the 2018 reimagining from Illumination that's beautifully animated, yet toothless.

If you ever thought that the Grinch's seasonal misdeeds could be taken a step further, then the upcoming horror film "The Mean One" is on its way to spread some yuletide fear.

A Bloody Update On The Dr. Seuss Tale 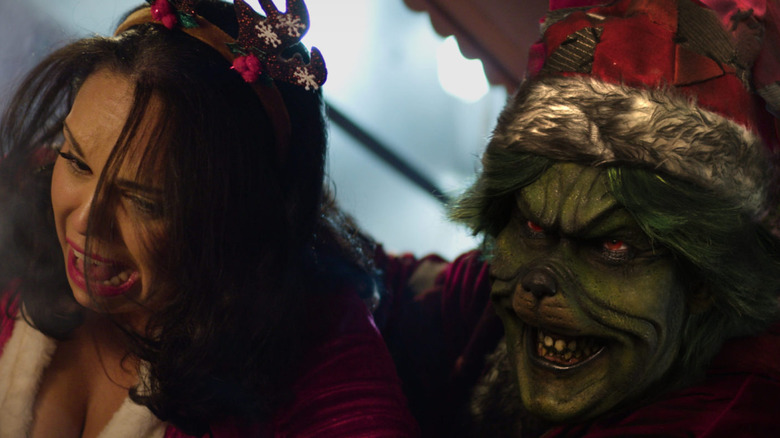 "How the Grinch Stole Christmas" follows the titular green antagonist, as he concocts a nasty plan from his mountainside abode to rid Whoville of the holiday they treasure most, whereas "The Mean One" turns his anti-Christmas crusade into a bloodbath. The upcoming horror film follows in the spiking trend of beloved children's characters becoming slasher villains, whether by means of the rights falling into the public domain, or simply labeling it under parody.

Over 20 years since her family was murdered, Cindy You-Know-Who (Krystle Martin) returns to the wintery town of Newville, where the Mean One comes out of hiding for another season of holiday slayings. It's the exact kind of premise you would expect from a low budget piece of independent horror looking to capitalize on the buzz. The most eye-catching aspect of this project, however, is that the Mean One is played by none other than David Howard Thornton, who you'll recognize as Art the Clown from "Terrifier 2."

Transforming the Grinch into a horror villain sounds fun in concept, especially with Thornton as the titular killer, but the amateurish trailer for "The Mean One" leaves a lot to be desired. With this kind of movie, it's less about whether it will be good or not, and more about how many people you can get to talk about how another childhood icon has gone rogue. It's doing what it set out to do, as a number of violent adaptations of children's media are also being turned into horror flicks, for better or worse.

None Of Your Childhood Favorites Are Safe 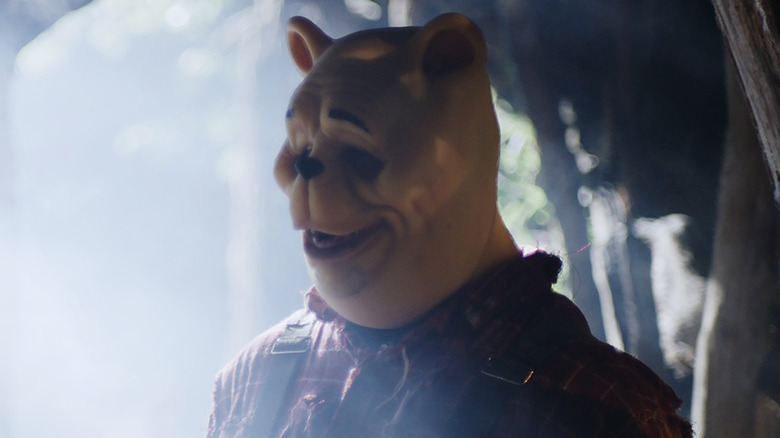 At the top of the year, A.A. Milne's "Winnie the Pooh" stories went into the public domain. In no time, the internet was set ablaze by the existence of "Winnie the Pooh: Blood and Honey," which turns the lovable bear of the Hundred Acre Wood into a bloodthirsty killer. Given how Disney held onto the rights for so long, the news of its existence was surprising, but not all that shocking.

If there's a way to transform children's media into something transgressive, the power of the internet will find a way. There's an innate curiosity in seeing what something innocent looks like once it's crossed over to the dark side of corruption. The influx of projects that take this tack may make it seem like a new phenomenon, but this has been happening for decades, especially as far as Christmas horror goes, with projects like "Pinocchio's Revenge," "The Curse of Humpty Dumpty," and the version of "Jack Frost" where the titular snowman kills a woman in the shower with his ... carrot.

Projects like "Blood and Honey" and "The Mean One" are meant to be fleetingly enjoyed. You hear there's an independent slasher flick where someone is using the likeness of the Grinch, and it generates conversation about how something like this ever got made to begin with. What feels so frustrating about movies like these is that they could be so much more than just novelties.

A Promising Trend That Needs To Evolve 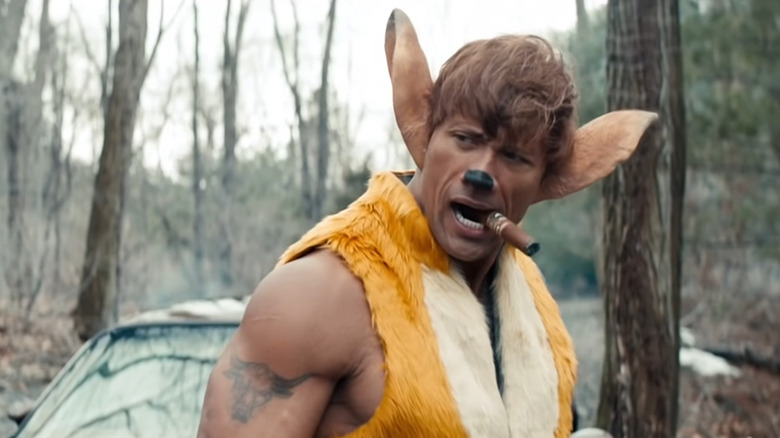 "Blood and Honey" has yet to come out, and its producer, Scott Jeffrey has already started developing "Bambi: The Reckoning," in which the orphaned fawn goes on a killing spree. You don't even have to go that far to see the genesis of this idea, as Saturday Night Live already showed what the classic Disney film would look like if you turned this idea into a "Fast and Furious"-type revenge tale. A lot of these ultra-low-budget movies play like jokes, and little else. There is room, however, to make good use of these ideas though.

When "Silent Night, Deadly Night," came out in 1984, the idea of a killer Santa Claus caused a moral panic, as parents feared that it would ruin the image of the Christmas icon for their children. Decades later, the film holds up as a holiday horror classic because it utilized its controversial idea to its fullest extent. They actually made a horror movie. Where something like "The Mean One" will likely live on Tubi after its shlock value has dried up, this month sees the release of "Violent Night," a movie where Santa (David Harbour) dispenses some season's beatings on a group of mercenaries.

As the world crumbles, there's a curiosity in seeing the good guys snap, but in order for this trend to survive, the folks behind them have to focus on making good movies, rather than just snappy marketing campaigns. "The Mean One" can show the faux Grinch stabbing someone with a candy cane, but something like the 2003 live-action "The Cat in the Hat" will arguably go down as a more compelling horror adaptation of Seuss' work.

Read this next: Horror Remakes That Are Better Than The Originals

The post The Grinch Is The Next Children's Story To Get A Horror Makeover appeared first on /Film.