The event the world — the galaxy?? — has been waiting for is finally upon us: the wide release of Star Wars: The Force Awakens.

For more than a week, diehard fans have been camping out on Hollywood Blvd., braving Los Angeles’ version of fuh-fuh-freezing weather, hoping to score tickets to the premiere on Friday, Dec. 18 at the TCL Chinese Theater in Hollywood, Calif.

For those of you not encamped on Hollywood Blvd. but still psyched to check out the latest addition to the Star Wars canon, I’ve curated a list of some awesome DIY Star Wars crafts. Get crafting and keep the Force with you until you can catch the flick. You can make this X-Wing helmet from Star Wars without having to join up with the Rebels or cash in your Skywalker savings account. Find the instructions here.

Great project for the kiddos. Tutorial and free printable for the craft right here.

Who thought the Death Star could look so elegant? Make it in under an hour; find out how here. 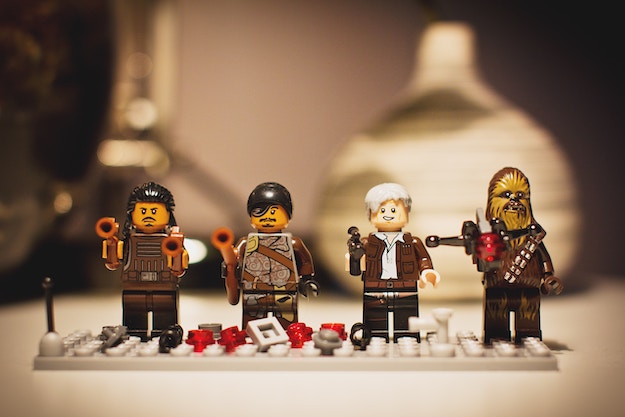 If you were looking for the perfect dessert for your Star Wars: The Force Awakens premiere party, look no further. “Star Wars: The Force Awakens” droid BB-8 looks pretty adorable as a paper snowflake. Click here for this template and many others!

It doesn’t need to be Halloween to show your Star Wars pride with painted pumpkins. Grab some Sharpies and paint and start crafting! May the Force be with your little one. Get the free crochet pattern here. Get the deets here.

Looking for even more DIY Star Wars: The Force Awakens fun? Check this out…