For a certain type of woman, there is no one who represents glamour quite like Eve Babitz. The 1974 publication of her first book, Eve’s Hollywood—a memoir of sorts that detailed her life growing up in California, attending Hollywood High, and hanging out with a bevy of rock and art stars—announced Babitz as a writer with a brand of glamour that was sophisticated yet gritty, intellectual with a lust for life and also for, well, sex. Her writing moves as fast as her nights. But before you even read a single word, the cover of Eve’s Hollywood hooks you in with an image of Babitz—photographed by Annie Leibovitz—in profile, wearing nothing but a black brassiere that shows off her ample bosom, her arms covered in a white feather boa, her hair perfectly shagged, her attitude proud and defiant. The photo is an exceptional portent of what’s to come.

Outside of literary circles, Babitz may best be known for a photograph taken by Julian Wasser in 1963, of her sitting nude at a table and playing chess with Marcel Duchamp. (The story behind the photograph appears in her latest book, I Used to Be Charming, which was published in 2019). Babitz stands as a style icon not because of what she wore—low-cut tops, big hats, flowers in her hair, nothing at all—but because the way she wore (or didn’t wear) things was always an authentic expression of herself. Perhaps this unfiltered self-presentation is one of the reasons why it has taken so long for her work to be properly recognized, why she isn’t already in the canon of American writers documenting American culture. When you look at a photo of her, you feel the pull of her truth, and when you read her, you meet it. She was never a dilettante.

With these things in mind, GARAGE reached out to Babitz with a few questions about her favorite fashion pieces, how to wear hats, and of course, Los Angeles. —Laia Garcia-Furtado 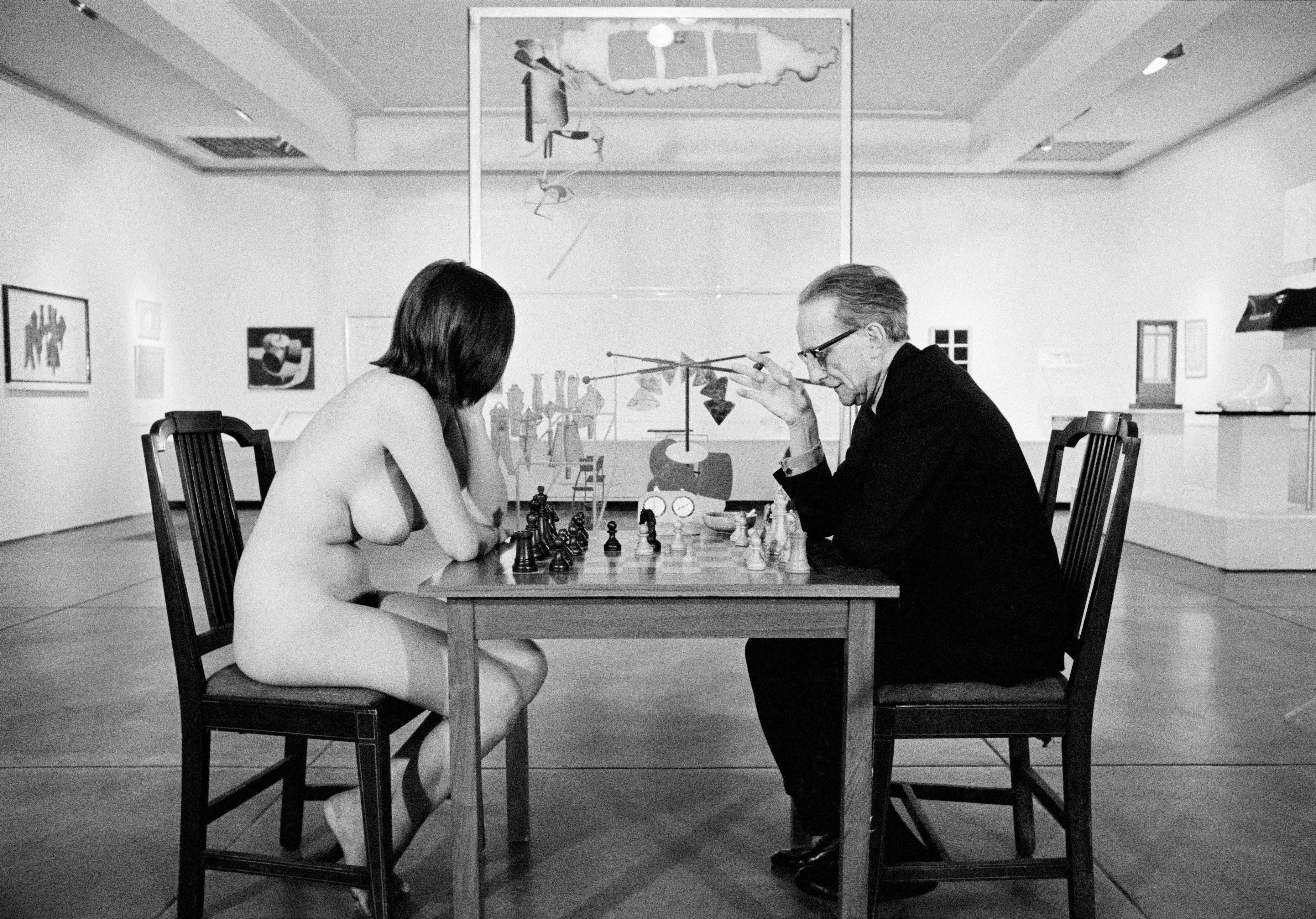 What is your earliest fashion memory?
Probably when I realized that I needed to wear a bra! I dressed up as Nefertiti for Halloween one year, when I was 13. I was playing a lute too... my kind of fashion.

What is the first piece of fashion you asked your parents to get for you?
A hula skirt... or a belly-dancing skirt, because I was taking lessons.

What is the first fashion item that you bought for yourself?
Bobby pins to put pin curls in my hair, so I would look more like Marilyn Monroe.

When did you first realize the power in your fashion choices?
This is a total not-PC or #MeToo answer, but when boys started to notice me.

What is your all-time-favorite thing you’ve ever worn?
When I was 20 I wore a Mexican blouse, low-cut with embroidered flowers on it. A decade later, it was this 1940s dress that had a wonderful line to it, and later all those dresses to do salsa dancing in. Now, I try and find bright prints on flowing dresses that cover what needs to be covered.

How do you think being from Hollywood influenced your sense of style?
All those movies just planted the idea that it's all a big drama, so you need to dress the part. Dressing for a hot date was my favorite part of dressing. That 1950s Audrey Hepburn movie Funny Face, about being a fashion model in Paris, was a strong influence. Then my sister and I moved to Paris in 1961 for a while… Bonjour, Paris!

Is there a secret to successfully wearing a hat?
Complete confidence and a great look in your eye!

What does wearing flowers say about a person?
It says confidence, sexy. Some people might think it says innocence, but don’t be fooled by that! My mother wore hibiscus flowers in her hair for dinner parties…she would put this fabulous meal on the table, go upstairs and change into a sweet dress, strap on her apron, and then go outside and pick a bright pink hibiscus to put in her long hair that was up in a bun. And don't forget she was raising children and being quite an artist. It made an impression on me and I figured… at least I can do the flower part.

Do you think Los Angeles still has a signature style?
I’m sure it does, but my style has always been the same… whatever is comfortable but looks good on me. I guess the L.A. style has really gone wild over the yoga clothes, which I did in the 1980s... Again, ahead of my time.