Looking for the warmest winter jackets? Youve come to the right place. These are the parkas that experts use in some of the coldest places on Earth.

You might not be headed to the North Pole anytime soon, but that doesnt mean you dont need an extra-warm winter jacket. Whether youre planning an epic trip to Alaska or are simply tired of shivering all winter long, we went on a mission to find the warmest winter jackets.

We spoke with a handful of the worlds best polar explorers to learn which outermost layers are always packed for the Arctic and beyond. These models shield freezing wind, extremely low temperatures, snowfall, and abrasive brushes with sleds, sled dogs, or ice.

In short, these are some of thewarmest, most durable, all-around best winter jackets for extreme conditions.

The 5 Commandments of Winter Warmth

It's cold out there! Polar explorer Eric Larsen offers these five commandments to keep comfortable in the coldest weather. Read more 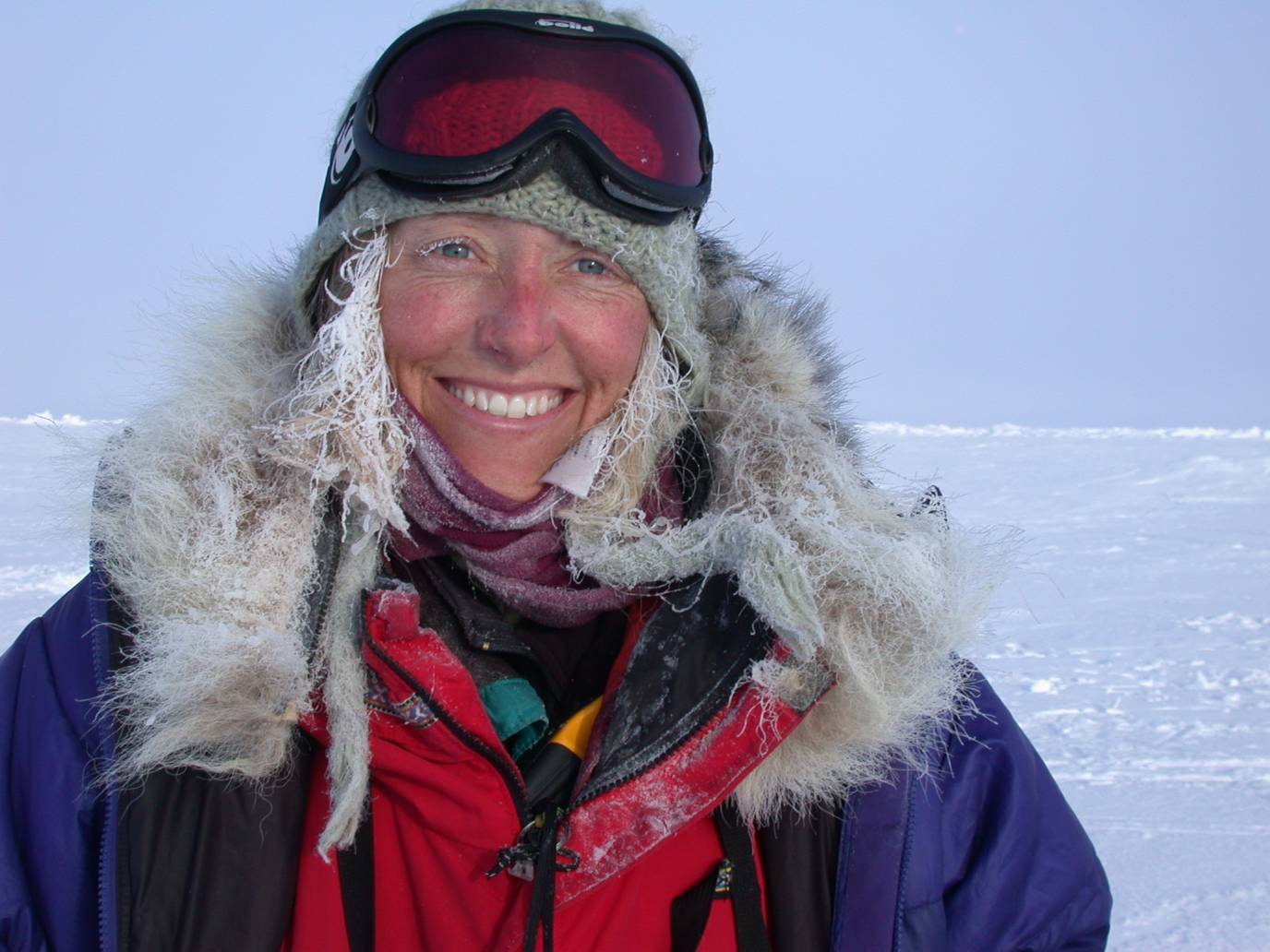 An all-around arctic powerhouse, Annie Aggens is the director of polar expeditions at PolarExplorers, a guide service for North Pole, South Pole, and subpolar adventures. Shes a certified International Polar Guide Association Master Polar Guide and co-author of the Encyclopedia of Outdoor and Wilderness Skills.

To protect against wind, I wear the Wintergreen Northern Wear Expedition Shell Anorak. For warmth, I wear the Patagonia DAS Parka [Editors note: the DAS Parka is no longer available. For something similar, check out the Patagonia Macro Puff]. These two jackets are often worn together, said Aggens.

Shes owned a couple of iterations of her Patagonia and Northern Wear jackets. The ones she has now are about a decade old.

The anorak is ideal for dry, cold environments. The design offers full wind protection but no insulation. This is perfect when shes generating a ton of heat by pulling a sled or working alongside a dog sled. The design is roomy, extends to the mid or upper thigh, and has a fur ruff that protects her face from icy wind.

As soon as I stop for a break, I toss the DAS parka (which is sized up) over the anorak to trap all my hard-earned heat. Its like a toaster-oven for my body. And it doesnt freeze up like many other breathable shells, she said. The jacket combo is great for -35 to 5 degrees F, and the parka has a spacious hood that accommodates a thick hat or helmet.

Climate scientist Mark Serreze is a distinguished professor in the Geography Department at the University of Colorado Boulder specializing in Arctic research since the early 1980s.

The best winter jacket is whatever is big and puffy, which means theres good insulation and warmth. The bigger and puffier, the better. Call me a relic, but I look at all these new space materials with skepticism. The Arctic is not the place to make a fashion statement, said Serreze.

He bought the Canada Goose Snow Mantra Parka nearly 10 years ago and still has it. Hes used it many times on the North Slope of Alaska, where he was involved in a snow survey project.

During those April missions, the Arctic tundra had highly variable weather conditions with temperatures as low as -20 degrees F, abundant wind chill, and the near-maximum seasonal snow depth.

My Canada Goose jacket especially if used with some other underlying layers would keep me warm on the surface of Mars. I bought mine extra-large, and its bright-red (but now with a lot of oil stains that will never come out), he said. 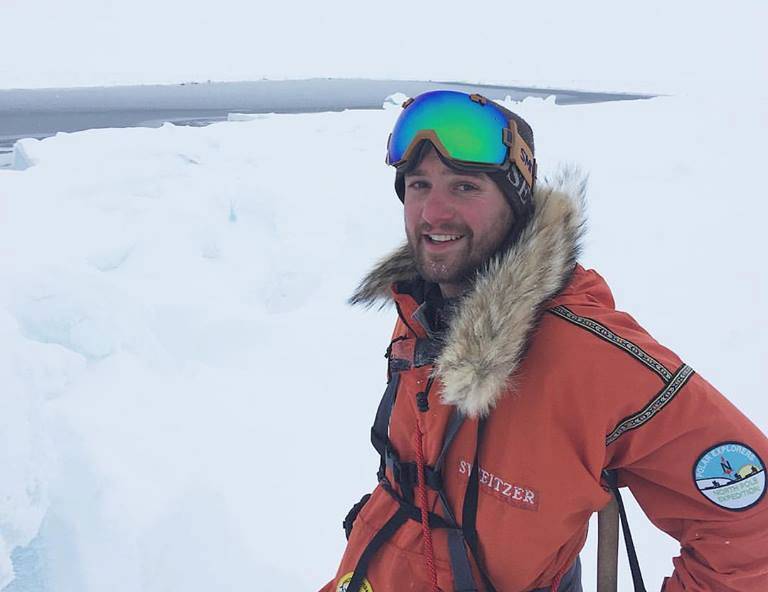 After becoming the youngest person in the world to ski the last degree to the North Poleat age 15, Taylor Sweitzer pursued a career as a polar guide. Hes now completed six of the Seven Summits.

The only proper setup for Arctic explorers is the combination of two jackets one for when youre generating heat and one thats a tent for when youre not, said Sweitzer.

Like Aggens, he uses the Wintergreen Northern Wear Expedition Shell Anorak, a 25-year-old hand-me-down. But he pairs it with a lighter oven layer, the Stormtech Gravity Thermal Jacket (extra large) that he got 3 years ago. Hes worn both on several ski expeditions to the North Pole, South Pole, a crossing of Greenland on skis, and ski trips in Svalbard.

The Anorak is roomy, breathable, wind-resistant, and longer than your average winter jacket. I prefer the partial zip because I can feed my sled harness through and keep some extra gloves or snacks handy in the front pocket. And the fur ruff is crucial in extreme temperatures and wind, he said.

Usually, Sweitzer wears one midlayer beneath the jacket and packs a few extra base layers in case it gets really cold.

Overheating in the arctic is the enemy. Its tempting to find the biggest, baddest down jacket to bring along. But at camp or during breaks, I am warm skiing around, checking in with folks, sipping on a hot drink, setting up tents, organizing gear, or helping with dogs, said Sweitzer.

He opts for the Stormtech as his outer jacket. Its lighter and more packable jacket than a full-on, big parka but is still warm and synthetic with smart pockets, a durable zipper, and hood. 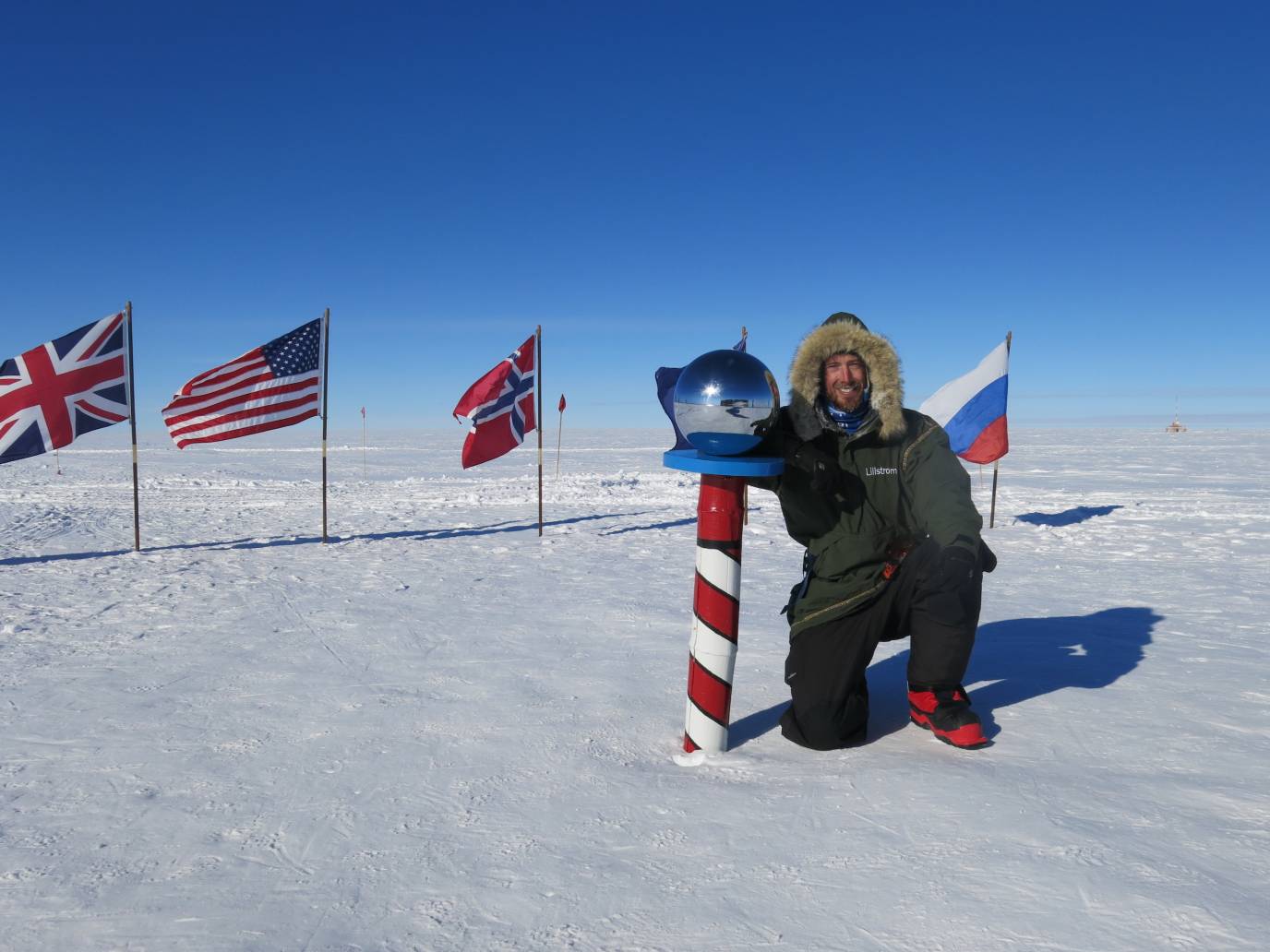 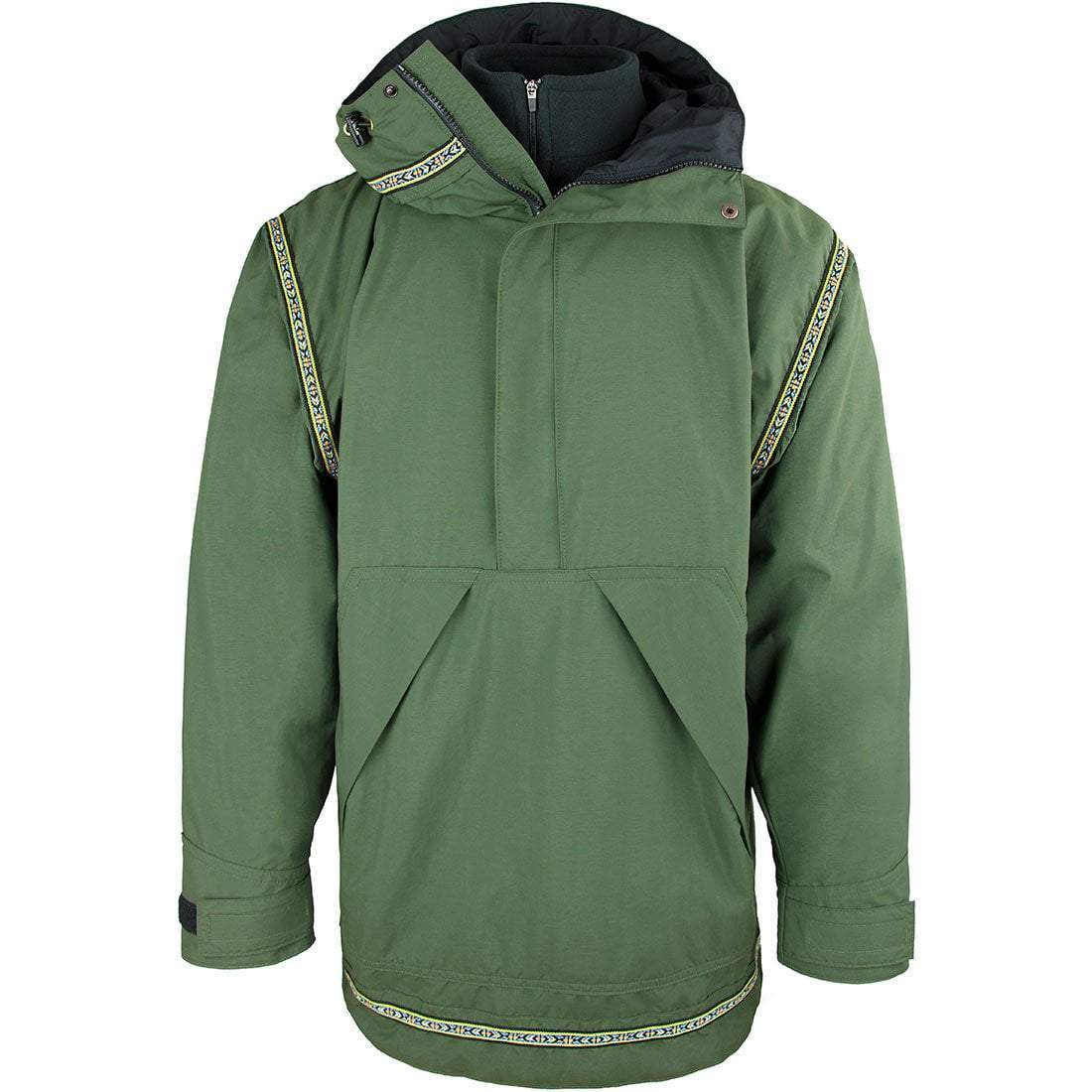 . For his first North Pole expedition in 2014, he used his dads retired Wintergreen Anorak from the early 90s. Since then, hes bought a new one.

Its 5 years old now and gets better every season. Its functional, ultra-breathable, and windproof, so its perfect for high-energy activities like cross-country skiing, said Lillstrom.

He uses it for temps from -40 to 32 degrees F and adds extra layers underneath on super-cold days. The pockets include a large kangaroo pouch thats big enough to simultaneously hold his thickest winter mitts and ski goggles.

Lillstrom said, This isnt my casual around-town winter jacket. When I put it on, I know there is an adventure ahead. This anorak has seen me safely and comfortably to the top and bottom of the globe.

Looking for more winter gear guides? Check these out:

When it's too cold for gloves, a good pair of mitts is crucial to enjoying any winter activity. Read more

From hiking boots to snow boots, these are the best men's winter boots of 2020; Including top picks from Sorel, KEEN, Kamik, and more. Read more

The post The Best Winter Jackets According to Arctic Explorers appeared first on GearJunkie.