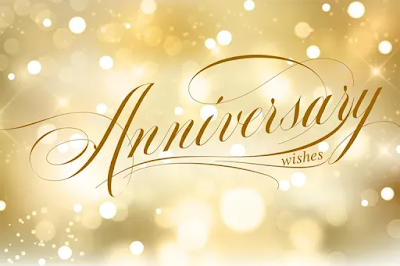 Well we are 41 years and still going although I can say most of them were rough.  I still can't believe it has been that long.  It is also our youngest grandsons Birthday today he is 4.  So we have two things to celebrate!

We went to Home Depot yesterday to get bark and the line was so long we went to another store, that was a little more expensive and bought bark.  I worked in the yard and Hubs worked in the yard as long as he could.  Fasting is harder on him than it is on me.  He later in the day took a nap and I woke him when I had dinner ready.  It was hard to cook without tasting as we had not broke our fast. I thought about nibbling on a slice of cucumber, or tasting to see if the asparagus was just right.

I also went over to Lil sis's and took her dog for a walk again as her foot is really bad and she is limping a little.  She has her boyfriend in from out of town.  She has not seen him in a month.  As they have both been so isolated. I am happy she has someone there.

Last night I whipped up some sugar cookie dough and then some piecrusts.  So my plans for today are to do more yard work, dye eggs, make and frost cookies and make some pies and then clean this house and maybe clean myself.  I am a stinky yard work mess.  But as I love yard work I don't even care.

I just talked to my Twin sister and we laughed so hard as she told me a story about burying a cat that turned out not to be hers.  She was in Spain and her husband was deployed all she had was a housekeeper and hers cats.  So she finds mister dead in the road and falls apart, she calls the base and three marines show up to help her, her housekeeper contacts a farmer who will let her bury the cat in his field.  Realize that this is all done in Spanish.  So she and the marines and the farmer are all around this grave, housekeeper takes off her apron, farmer takes off his hat, one of the marines plays taps.   Then a few hours later Sis is at her kitchen window and up jumps her cat.  Scared her to death, she was thinking Stephen King's Pet Cemetery.  Well she buried some one else's cat.  Yes that would be my sister.  What a goof.  It is a resurrection story

Do you have any special plans for Easter?  I realize everything will be down a little with what is going on in the world.

Have a great and productive day staying positive while you are in the negative.