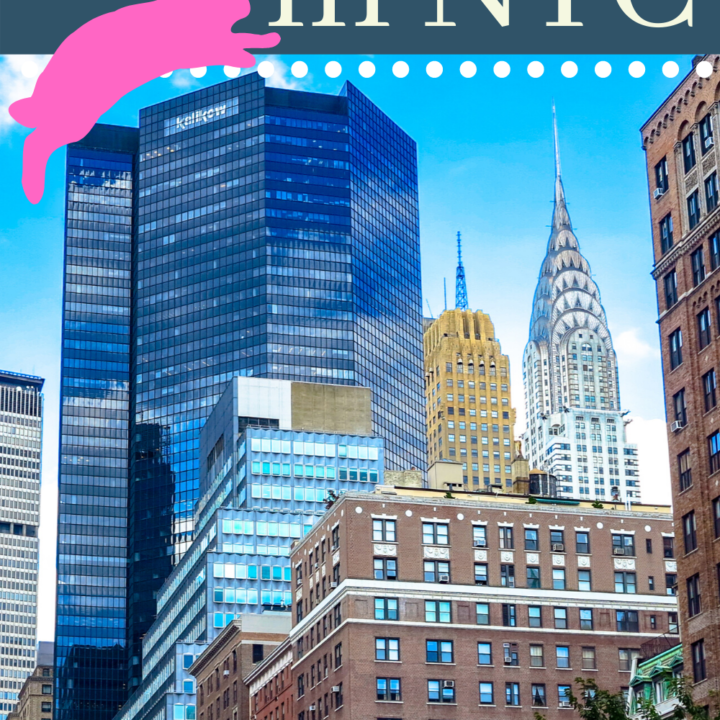 If you have plans to attend the NYC Easter parade, here are ten things that you need to know before you make travel plans for the day. The event is one filled with fashion, flare, and fun. Be sure to bring your camera! That’s an extra tip for you. 🙂

Does NYC have an Easter parade?

Yes! First and foremost – yes. But it isn’t a traditional parade. In fact, it is one that encourages audience participation.

NYC absolutely has an Easter parade and it is known all around the country because of how unique and special the New York residents make it. If you are expecting floats and band marching – this is not the event for you. Come back for the Thanksgiving parade instead.

The NYC Easter Parade is more about DIY fashion and fun. Attendees get to show off their fashion accessories (that they probably made at home) and strut their stuff for several hours at their leisure.

What time is the Easter Parade in NYC?

The Easter Parade NYC 2020 starts around 10am and continues to run until about 4pm. That is the beauty of this decades old tradition. You will be able to catch it all afternoon! So, don’t worry about rushing to get there right at the start – odds are there will be plenty to see at noon or 2PM.

Where Does The Parade March Through?

The Easter Parade and Bonnet Festival marches north on Fifth Avenue – from 49th Street to 57th Street. Wherever you can find a place along that route, grab it!

The MAJORITY of activity happens around St. Patrick’s Cathedral though. Perhaps you’d like to catch a mass and then walk out for a smashing good time for the rest of the afternoon.

Can I March In The Easter Parade and Bonnet Festival?

You absolutely can march in the Easter Parade and Bonnet Festival … as long as you are wearing a bonnet. So, come dressed up and take part in the fun!

As a reminder, you do not have to have an extravagant bonnet to participate. But be warned, there will be plenty of people wearing over the top hats to bring you plenty of joy!

Is This Parade Really A Parade?

As noted, NYC shuts down several blocks on 5th Ave and allows bonnet-wearing participants to stroll up and down the designated area all afternoon. So, the New York City version isn’t a traditional parade with floats, but it’s still a great time out with friends.

It also means that you can truly get in on the action! If you are traveling in with your family, I highly suggest you get everyone a grand hat and work on your walk.

How Did This NYC Tradition Begin?

Did you ever see the 1948 musical, Easter Parade? It starred Irving Berlin, Judy Garland and Fred Astaire and they pretty much kicked off the entire thing. The extraordinary version of the Easter Parade NYC 2020 simply would not exist without that movie!

Truth be told, the actual tradition began somewhere in the 1800s. So, Hollywood can’t take all the credit. High society would actually meet around Central Park to show off their fancy clothing to one another and eventually the party moved over to 5th Ave. SWANKY!

Where is the most famous Easter Parade held?

I suppose that depends on who you ask… but since you are on my blog… I will say that the grandest, the oldest and certainly the most famous Easter Parade of all is the Easter Parade and Bonnet Festival in NYC. There – I said it!

How Do I Get To The NYC Easter Parade?

There are so many different trains that service the NYC Easter Parade area. Consider the following options to help with your travel needs:

Are Most Hats And Bonnets Homemade?

You will find a lot of people that participate in this year’s Easter Parade NYC 2020 procession will have made their own hats and bonnets. That is all part of the fun! If you aren’t familiar with a hot glue gun, do not overthink it! Please still attend and wear something store-bought instead.

What is there to do in New York City on Easter Sunday?

Once you are finished watching the NYC Easter parade there will be plenty for you to do! You can head out for a NYC Easter Brunch or you can check out my full list of things to do with the kids while celebrating Easter in New York. Now is the time to travel to NY. You do not want to miss the fun.

Planning On Attending This Year?

Do you have your Easter bonnets ready? Be sure to head to the area around St. Patrick’s Cathedral after the Easter masses and enjoy the New York City Easter Parade … minus any marching bands. The fun is 49th to 57th street. Hope to see you there!

The post NYC Easter Parade 2020 – 10 Things You Need To Know appeared first on Lady and the Blog.