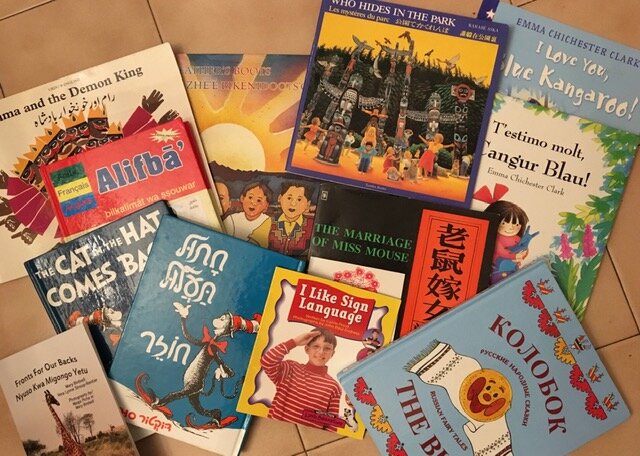 Just after college, my boyfriend (now husband) and I spent a year teaching English in Japan. When we completed our year, we spent a month traveling through China. In a tiny book store in central China, I came across something that would become the start of a new collection. It was a soft-cover book called The Marriage of Miss Mouse. It caught my eye because it was one of the only books in the store that had English words on it. As I flipped through the super-fine pages, I became fascinated. In the center of each page was a printed paper cutting scene of mice and Chinese words. To the side of each image was three paragraphs. The top paragraph had the same Chinese words in the paper cutting art but written out left to right. Under that was the transliteration of the Chinese words in English letters. The third paragraph had the English translation of the text. (I was fascinated that the English words were in rhyme.) I immediately bought it, and my collection of dual-language childrens books began. Dual-language, or bilingual, books usually have two languages on the same page or facing page. In my collection, most books have English plus another language, though some have multiple languages, or are a book in one language with the accompanying separate book in English 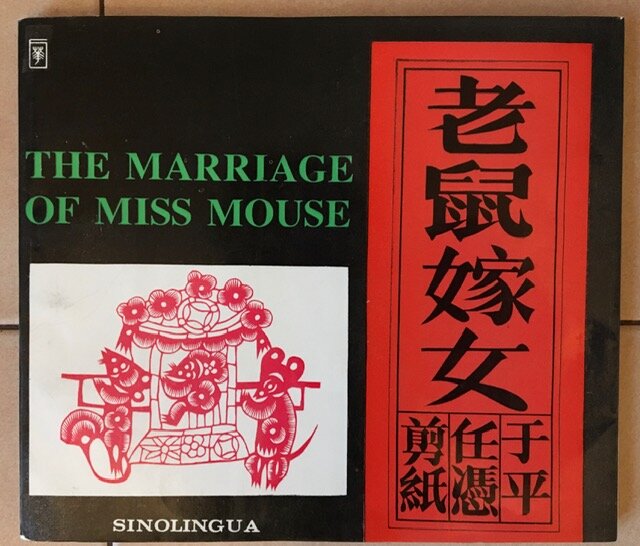 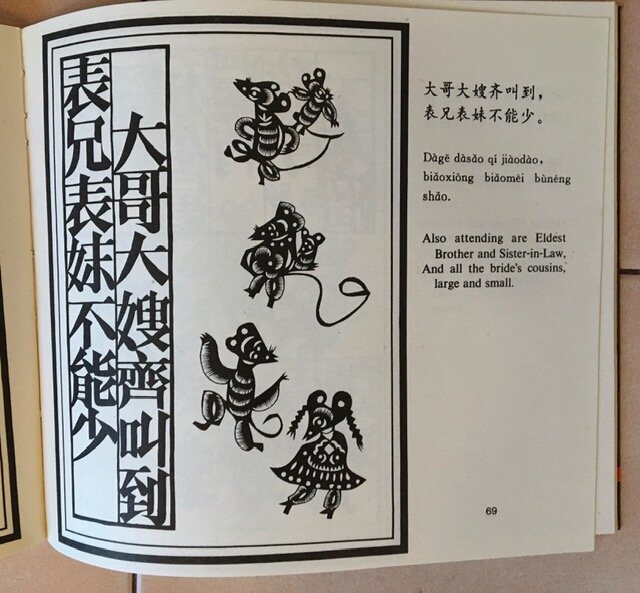 Over the years, I have collected dual-language books in more than 23 languages, including Spanish, Japanese, Navajo, Urdu (spoken in Pakistan and India), Catalan (from the Catalonia region in northeastern Spain), and Maori (native New Zealand). Some books are from my own travels, some are from my sisters travels, some are from local bookstores, and a few have been very thoughtful gifts.

I wanted to share my collection, rather than have it stored in a box in my attic. Several years ago, I contacted a few local libraries, and they put several of them on display in their glass cases, each labeled with the language, and sometimes the country where it is spoken. They displayed some books open so kids could see the language written on each page. 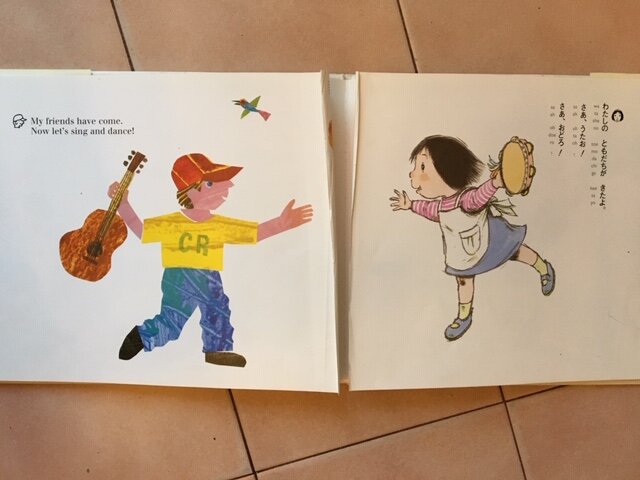 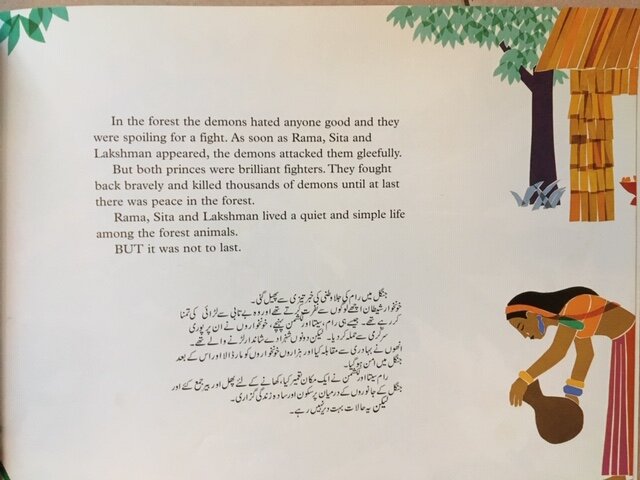 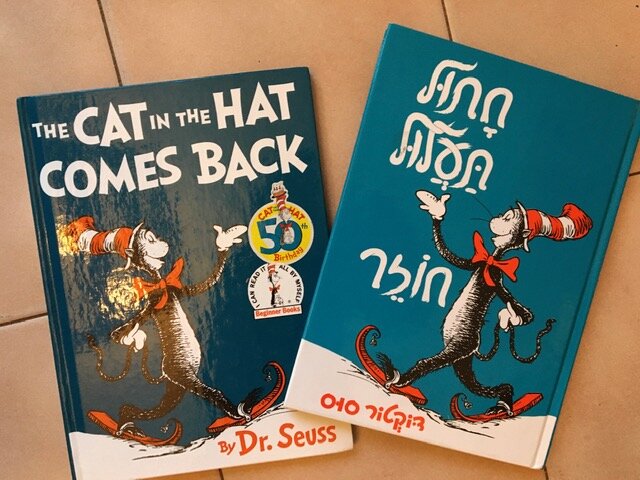 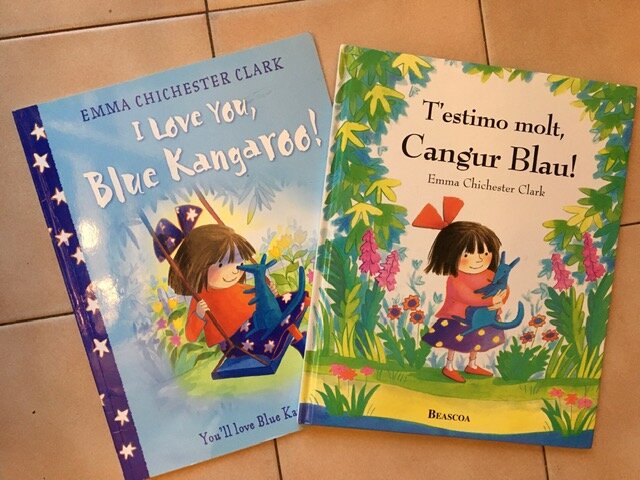 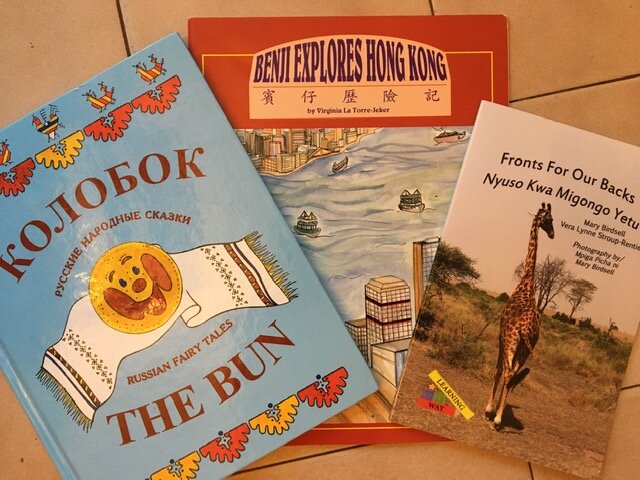 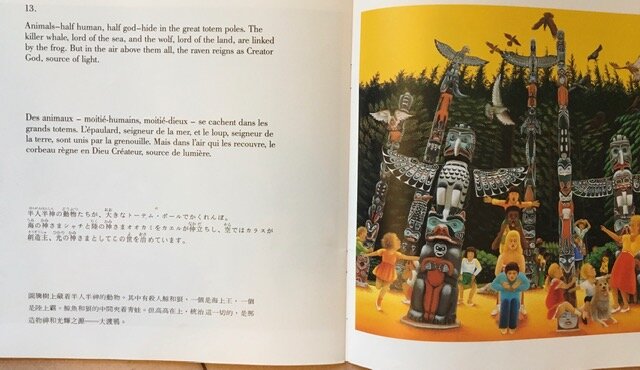 When my son was in third grade, I thought his peers might be old enough to appreciate the beauty of different written languages, and also old enough to treat my special books with care. I asked his teacher if I could come in and share the collection. She was so warm and welcoming, and very excited to have her students learn about my collection. After I presented in her class, the other three third grade teachers asked if I could present it to their classes. Of course, I said! The next year, when neither of my children was in third grade, they asked again. How could I resist sharing world languages with the students? Ive now presented to each of the four third grade classes for the past 5 years, and I love their reactions to the books every year.

I began by asking the kids to share if they had any collections. They, of course, didshells, stamps, coins, stuffed animals, snow globes, etc. Then I shared how I started my collection by finding the book in central China. I explained that the book brought together two of my lovestravel and childrens books. I then explained that over the years I have collected more than 20 languages, and asked them to take a guess about how many languages there are in the world. I got answers of 50? 100? 82? They are always shocked to learn that there are about 7,000 languages! We briefly discuss how some languages only have a few speakers remaining, and that they will likely and unfortunately be lost forever.

I then hold up a few of my books and present them with a challenge. I explain that they will return to their seats and I will pass out a book to each student. Their challenge is to (1) look closely at the bookthe written words in both English and the other language, and look at the pictures. I explain that even though they probably dont know the language, that if they see the same word, such as cat in the English paragraph, and they can find the same word three times in the other language paragraph, that word might be cat in that language; (2) try to find what language is in the book. I point out that they should look on the cover, inside cover, title page, inside back cover, and back cover for clues. If they do not see it there, sometimes the language is listed in tiny print on the copyright page; and (3) try to figure out where in the world this language is spoken. I then explain that after they have figured all this out, they can share the books among their table-mates.

At this point, some kids search diligently through their books, while others loudly proclaim that they have no idea and cant find the info. I love seeing them pointing things out in their books to their classmates. I know this illustrator! Why is this book backwards? (the Hebrew version of The Cat in the Hat Comes Back) Is Micmac a language? I learned a Japanese word"! I speak Russian! Who has a Russian book? Ill read it to you! 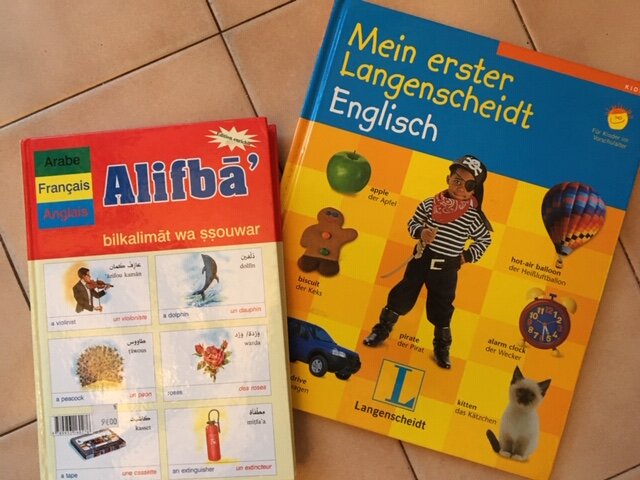 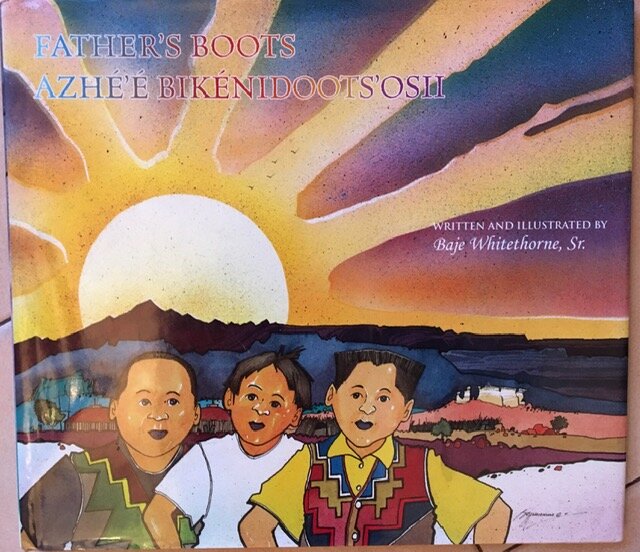 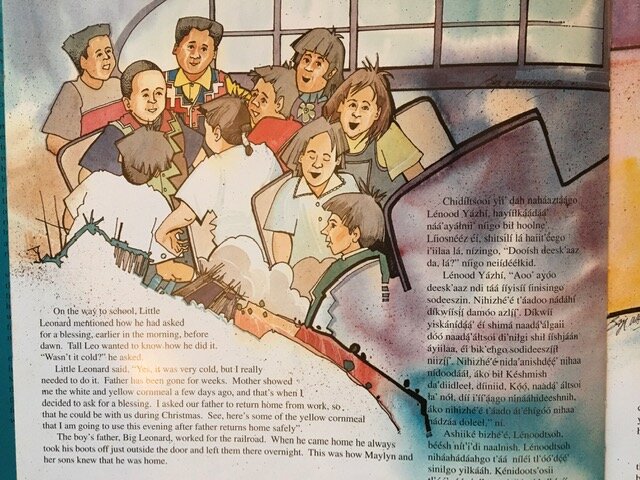 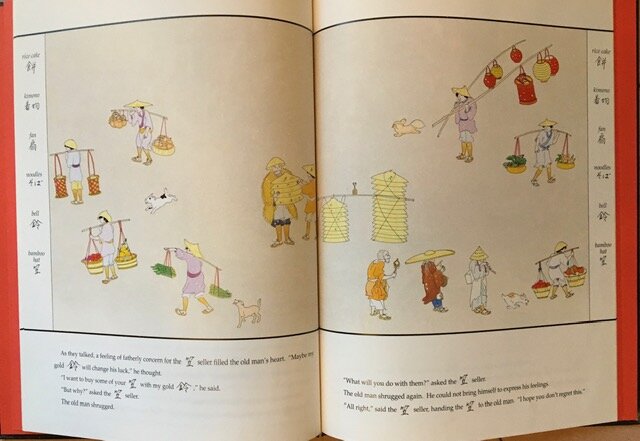 After a few minutes of exploring the books, we regroup. I then stand at the Smartboard map at the front of the room and say well talk about the books in each continent. I start with North America and South America. Kids who have books from languages in North America and South America hold up their books, and I pick each one and show them where they are froma Navajo book that has an accompanying CD that I play so they can hear the sound of the language; the book about Stanley Park in Vancouver in English, French, Chinese, and Japanese (and I discuss why these languages are all in the book); Spanish (I point out which countries speak Spanish, and discuss that Brazil speaks Portuguese), and American Sign Language (I discuss how American Sign Language and British Sign Language are different, and how ASL is more similar to French Sign Language since the person who originally created it learned from people in France).

We then move on to Europe, including the Catalan version of I Love You, Blue Kangaroo (I point out the Catalan region on the map). The books from Asia include ones in Urdu, Hindi, Japanese, Chinese, Russian, Tagalog (Philippines), etc. I have a great English/Japanese song book partially illustrated by Eric Carle that is about animal noises. I teach them a few animal noises in Japanese, such as a dog says wan-wan, a cat says niao, and a frog says gero-gero. They love it when I ask what a rabbit says in English, and they get all confused since we dont really have a sound for them. In Japanese, rabbits say tat-tat! For the Australian continent, I have a book in Maori, the native language of the people of New Zealand.

For several years of doing this presentation to the third graders, I would tell them that I, unfortunately, did not have any books from Africa. I had always intended to buy a few from Amazon, but usually would forget until right before the next years presentation time. A few years ago, my daughter was given a package for me at school. When we unwrapped it at home, we found it was two dual-language books in two African languagesXhosa and Swahilialong with a note from the third grade teachers saying how much they appreciated me sharing my collection with their students, and explaining that I can now add African languages to my collection. I was so touched by their note, and also by their enthusiasm for sharing world languages with their students.