Lucid drew inspiration for its interior colors for the Air from the natural beauty of the company’s home state, California. While using different times of the day and different areas within the state to inspire colors, the company released its first production car on the birthday of California, giving an extra hat tip to the Golden State.

Lucid’s Senior Color, Materials, and Finish Manager, Sue Magnusson, was vocal about her interests in the natural beauty of objects. “I’ve always been drawn to…what makes something remarkable,” she said during the company’s unveiling event on September 9th. While trying to determine what interior colors and patterns would best fit the Air, Magnusson drew inspiration from California, and the different colors and moods the state’s areas offer.

Ultimately, the decision to draw inspiration from the company’s home state came from finding out who “Lucid” was.

“When I first started at Lucid, we really didn’t know who “we” were in a lot of ways. But, we knew we were a California company,” Magnusson said. “It became a very natural fit for us to think about doing interiors and themes that were in very specific locations within California at very specific times of the day and how the light would look like at those locations,” she added.

“We looked at the day as a 24-hour period, and we started out the beginning of the day in Santa Monica,” Magnusson said. The Santa Monica theme is available on the Dream Edition, which is the premier variant. 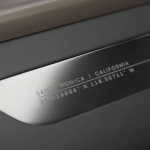 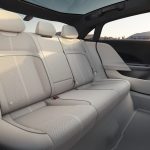 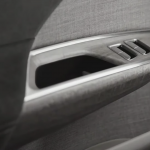 “It was really about imagining Santa Monica when the sun hasn’t quite risen yet. It’s very misty and foggy, and you’re looking at this nebulous haze of greys and whites. Santa Monica is the first part of the day. It’s an awakening of starting points, and that just lent itself to our first introduction. It was this perfect, natural connection,” Magnusson said.

Lucid is using a graphite grey with a white ceramic interior while highlighting some of the car’s seats and trim with “Silvered Eucalyptus,” which is a shoutout to the driftwood that is present on Santa Monica’s beaches. 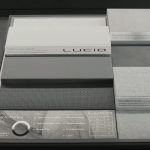 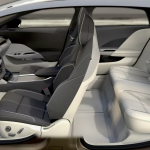 “At mid-morning, it was Big Basin,” a park in Santa Cruz County filled with large trees and woodsy areas, giving a natural feel to the car’s interior. Browns and tans make up this interior option, reminiscent of the views one would have if they were to venture into the Big Basin Redwoods State Park. 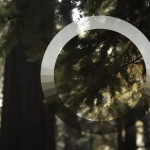 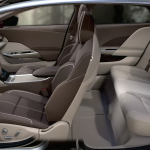 Santa Cruz is the next color combination and makes up for the noontime slot. Bright colors cut by dark front seats make for an exciting partnership while offering the best of both worlds for those who are looking for a taste of both light and dark interior designs. 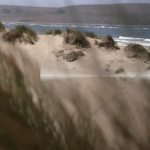 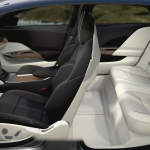 The sunset timeframe was named Tahoe and provided a tan and orange combination complemented once again by black seats. 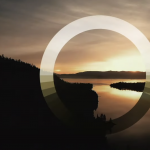 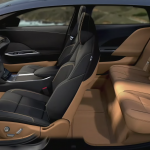 Finally, Mojave accounts for the midnight hours where dark skies are filled with crystal clear stars that fill California’s transition into the next day. 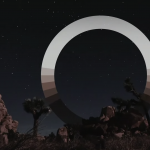 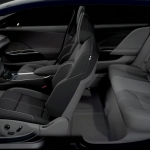 The wide array of interior options give any buyer of Lucid’s first production car plenty of customization in terms of what they are looking for inside of the car. Drawing inspiration from the state the company calls home is a tried and true ode to the natural beauty of California.