The Kings had a long flight home but they may have been able to levitate across the country following a 3-2 shootout victory in Boston on Thursday.

The Bruins had lost only once at home, also in a shootout, in 23 previous games across this season, last year’s playoffs and the stretch run of the 2021-22 regular season.

The Kings will host the San Jose Sharks on Saturday after coming out on the positive side of the ledger during their sinewy six-game road trip, earning seven of a possible 12 points.

Allowing just two goals to the NHL’s best team this season by nearly every measure was a welcome way to conclude a journey that featured three games in which the Kings allowed five or more goals. Those included a 6-0 loss Tuesday in Buffalo, where the Sabres struck six times in the third period, including a trio of power-play goals.

“It was a good opportunity for us to answer, and reveal the character that I think is in that room, or I expect to be,” Kings coach Todd McLellan said. “It’s not an easy building to do it in, not an easy way to win a trip – a long trip – but we’re pleased with it.”

The Kings’ penalty kill also turned in one of its best performances of the season, negating five of six power plays from one of the league’s elite units. No kill loomed larger than the one the Kings got across the final 40 seconds of regulation and the first 1:20 of overtime, allowing them to ultimately win a game they had trailed by two goals in a shootout.

McLellan said he liked the way his penalty killers attacked and collapsed, in addition to the solid goaltending of newcomer Pheonix Copley and the sense of urgency his club showed, particularly on that final kill.

“We talked about it yesterday. We just tweaked a couple things. We wanted to be more aggressive and give their best players a little bit less time, block shots and all that kind of stuff,” said forward Trevor Moore, who signed a five-year contract extension Thursday morning and deposited the shootout winner that same evening.

The Kings climbed out of their two-goal hole Thursday thanks to a pair of tallies from winger Adrian Kempe, one at even strength and another during a five-on-three power play.

Next up, the Kings will face the San Jose Sharks, an opponent that’s at once more familiar and less competitive than Boston.

After struggling against their in-state rivals in recent years, the Kings have the ball rolling with two consecutive victories over their teal-clad nemeses, including a decisive 5-2 win in San Jose on Nov. 25.

Despite prevailing in their two most recent matches, San Jose has the fourth-worst points percentage in the NHL this season. Where the Kings have had a number of positive elements in their game undone in significant part by their often feeble penalty kill, the Sharks have had the opposite issue. Their penalty kill has a better percentage than all but two other franchises, but they’ve also given up more five-on-five goals than all but two other clubs.

While the Sharks find little to hang their hat on statistically as a team outside of their work shorthanded, defenseman Erik Karlsson has enjoyed a resurgence. His 38 points not only lead San Jose, they represent the highest total by any blue-liner in the NHL this season. Winger Alexander Barabanov has come on strong of late, notching nine points in his last 10 appearances. 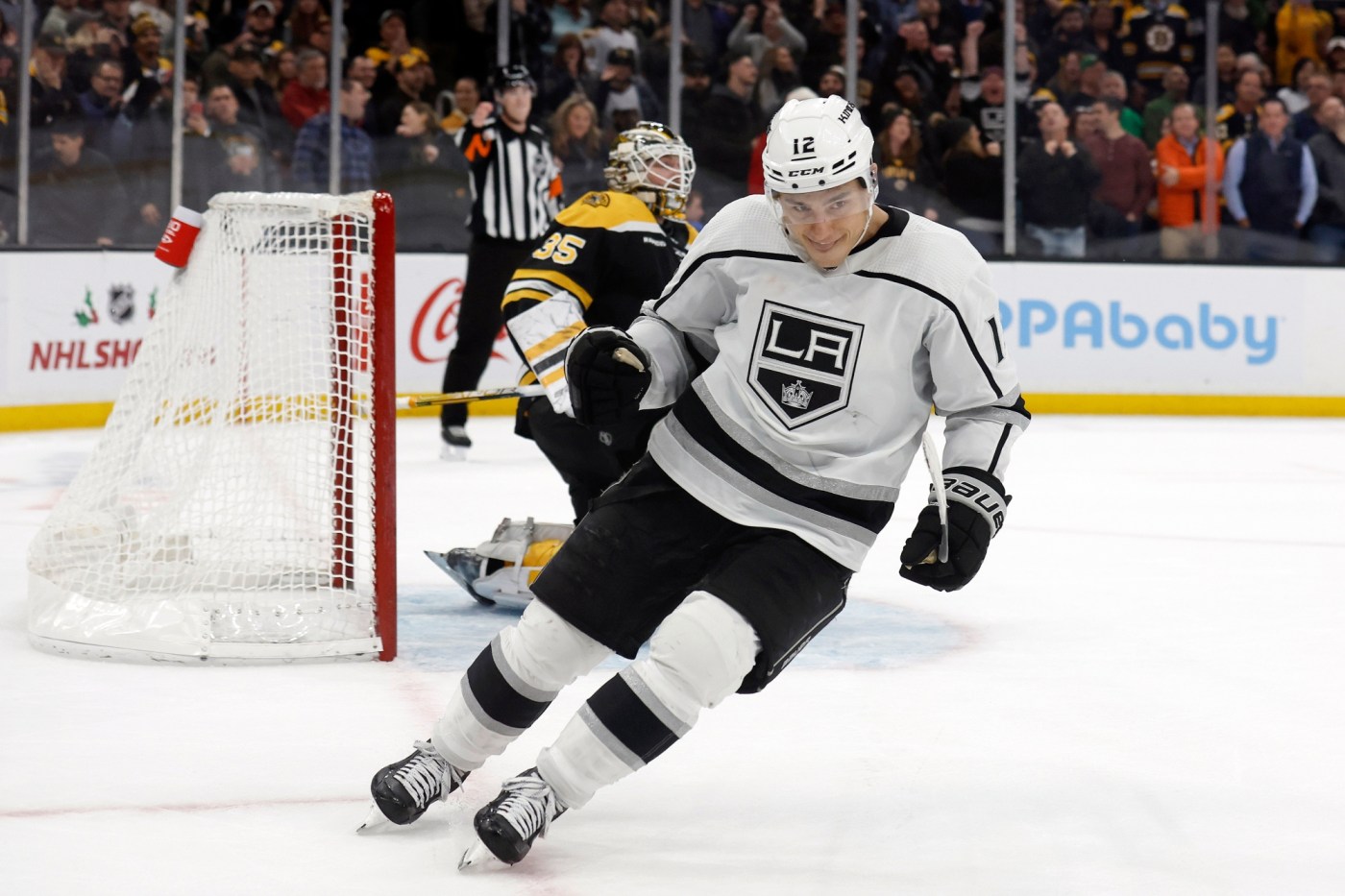