As the COVID-19 health crisis appears to be slowly passing its most critical phase, European leaders and finance ministers are increasingly focused on questions of how to pay for the crisis and restart the economies of the eurozone and of the European Union once the storm has passed.

Despite serious initial hesitations, the European Central Bank (ECB) has shown aggressive creativity in leading the immediate crisis response. Nevertheless, disagreement has emerged over the most suitable instruments to address the post-crisis economic recovery, with some countries pushing for the issuance of so called “corona-bonds,” a proposed Eurobond that would provide liquidity to countries whose economies are most in need of post-pandemic support, while mutualizing risk across all eurozone members.

Earlier this month, Eurogroup finance ministers agreed to a series of measures intended to help countries address the crisis and begin to recover, but failed to agree on long-term economic recovery tools. Instead, they punted the matter to country leaders, seeking their political decisions at the April 23 European Council meeting. Crucially, the question over the fate of any shared debt instrument remains unresolved.

The devastating impact of COVID-19 now threatens to reawaken the unfinished business of euro crisis that had already left behind deep social inequalities and animosities between EU member states over the imposition of austerity policies. Such animosities ultimately led populist and nationalists gain momentum and political strength. Now, the potential failure to come together in the face of a pandemic that disproportionately affects some countries more than others threatens to undermine the quest for shared long-term prosperity and the future of European integration, unity, and economic cohesion.

WHAT HAS BEEN DONE SO FAR

Under the leadership of Christine Lagarde, the ECB adopted a “no-limits” policy, building upon the “whatever it takes” policy of her predecessor, Mario Draghi. This time, the ECB established a new 750 billion euro Pandemic Emergency Purchase Program (PEPP), allowing the ECB to purchase massive amounts of private and public sector securities to ensure that weaker countries’ costs of borrowing remain low and stable. The European Commission also triggered the “general escape clause” in the European Treaty, allowing individual governments to increase emergency spending without regard to limits imposed by the Stability and Growth Pact. But those initiatives, though crucial, effectively allow countries to borrow and spend more on their own, potentially adding to their individual country debt burdens, without providing a sustainable option for recovery in the longer term.

To be fair, the Eurogroup did agree on recommending a series of constructive measures to be discussed and potentially approved by the European Council this week. These include increasing funding for European Investment Bank (EIB) to support small and medium enterprises across the EU and granting loans on favorable terms from the EU to individual countries aimed at protecting employment. Lastly, they proposed creating a Pandemic Crisis Support instrument within the European Stability Mechanism (ESM).

Proposing recourse to the ESM was a particularly heated issue before and during the Eurogroup meeting, as the ESM is a 500 billion euro crisis-response institution created during the euro crisis to collectively address macro-economic distress through providing loans linked to specific conditionality. The ESM was structured so as to reassure more fiscally conservative (mostly northern) European countries that their finances would be protected against the risk of moral hazard. So, recourse to the ESM in response to COVID-19 carries the stigma of being forced to come hat-in-hand to the ESM. As the impact of COVID-19 had nothing to do with bad economic policy choices, but rather reflects the exogenous nature of an economic shock caused by a global pandemic, countries like Italy appeared to reject the use of ESM out of principle (and politics).

The ESM has one principal advantage: It already exists and has access to funding backed by all eurozone governments. Supporters argued that there should be no stigma, given that the only conditionality would be to use these funds to support domestic financing of direct and indirect healthcare, as well as cure- and prevention-related costs due to the COVID-19 crisis. However, countries’ access to the facility would be limited to 2% of their 2019 GDP, roughly 70 billion euros in the aggregate for Italy, Spain, Portugal, and Greece. Those amounts could help confront the immediate needs of the health emergency, but are far from sufficient to support the long-term economic recovery needs, where vast amounts of money will be needed outside of the healthcare domain. To put it in perspective, the U.S. Congress has already appropriated roughly 15% of U.S. GDP to COVID-19, with expectations of trillions more. The 2% limit of the ESM facility can hardly be expected to address the response and recovery needs of countries hard hit by the virus.

COVID-19 first appeared in Europe in Italy, where it ravaged the north of the country before others could fully appreciate the threat it posed as it then spread across the continent. However, its economic impact across Europe has been asymmetric, impacting some countries, like Italy and Spain, harder than others both in terms of human and economic losses.

Because a pandemic represents a classic “exogenous shock,” for which no European country could be legitimately blamed, the crisis seemed to many the perfect opportunity to resurrect the idea of a “Eurobond”: a means by which those countries in the euro area with greater debt burdens and higher borrowing costs would benefit from the borrowing power of the group as a whole.

Countries seen as weaker borrowers would benefit from the lower borrowing costs of the stronger ones, and, if appropriately structured, the individual debts of any one country would not increase, as the borrower would be the collective whole. That would mutualize risk on the European level, allowing countries to borrow money at a very low rate and not increasing the debt-to-GDP ratios of countries like Italy, where debt loads are already seen as a concern to investors.

The concept of Eurobonds had been previously raised in the aftermath of the financial crisis, and was considered by the European Council at various crisis meetings as a means to further European integration through advancing plans for a deeper fiscal and banking union. But the more “virtuous” countries of northern Europe opposed those proposals — they argued against sharing risk with perceived less virtuous countries with already higher debt stock than contemplated by strict EU fiscal rules.

Now, given that the spread of the virus cannot be fairly blamed on any individual EU country, the issue of Eurobonds (called “corona-bonds” to make it clear why they would be needed) has reopened the earlier divide. This time, supporters of this common debt instrument include Italy, Spain, Portugal, Slovenia, Greece, Ireland, Luxembourg, and, crucially, France (which has always played the role of a pivot state, balancing its political and economic stance between northern and southern Europe). In opposition are countries like Germany, Austria, Finland, and, most stridently, the Netherlands. This opposition rests on both deeply entrenched ideological and political opposition to any risk-sharing instrument, and continued reliance on existing institutions and instruments — including, in particular, the ESM, where the inter-governmental structure of its governance allows countries to exercise more direct oversight of how funds would be spent.

What seems on its face to be a dispute over financing instruments and fiscal advantages is actually a far deeper reflection on the costs and benefits of EU or euro area membership itself, and ultimately the future of European integration.

The corona-bond proposal continues to be rejected by enough countries that its prospects appear poor. Still, the concept of risk-sharing is not entirely dead. The Eurogroup has tentatively recommended consideration of a French-designed “Recovery Fund” that could provide significant financial support for future economic recovery of the most affected member states in a size commensurate with the extraordinary costs of the current crisis. Yet, the crucial question around how to structure and finance this Recovery Fund remains open, as it is still connected to the same internal rigidities that have plagued the internal European debate all along. The initial capital of the Recovery Fund could be funded through the EU budget, a once every seven years process that is slated for approval later this year. But that would only be the initial capital, with the intention that it could be leveraged by the EU itself by borrowing in the capital markets on the back of the implicit guarantee of all EU member states. It would effectively be a “European bond” (issued by the EU itself), and not a “Eurobond” (which would require the explicit guarantee of individual member states).

The issue now rests back with European leaders, as the Eurogroup bounced the issue back to the European Council seeking guidance from European leaders “on the legal and practical aspects of such a fund, including its relation to the EU budget, its sources of financing and on innovative financial instruments.” A lot is on the line, as European leaders need to decide if they will let the moment pass, or recognize the existential nature of the current crisis for the future of Europe.

This crisis presents Europe with a particularly stark set of choices about its future direction.

WHAT DOES THIS MEAN FOR EUROPE?

Failure to make progress on a more collective, bolder vision for European economic recovery could undermine the internal and external credibility of the EU and support from its member states and citizens. EU countries already appear to be recovering at different speeds from the crisis. But the EU’s single market only works if all countries are able to both buy and sell goods and services across borders. If less well-off countries are left to suffer their own economic fates, richer economies will not be insulated from the consequences, as they would see a contraction in the demand for their exports. Further, internal fragmentation could weaken EU negotiating power with other countries, and worryingly, the countries that have been most hard-hit may find their internal allegiances weakened, and could turn to third countries, like China, to pursue desperately needed economic opportunities and foreign direct investments to help restart their economic engines.

Europe’s response to the COVID-19 crisis will involve the immediate costs of human life, health, and economic activity. But it will also involve political costs, pitting the collective and domestic credibility of its response against populist and nationalist forces seeking to capitalize on the opportunity to demonstrate that EU solidarity is far less than what was believed. Currently these forces are seeking to amplify the divide between EU member states, in part by highlighting long-standing fissures through accusation and the dissemination of partisan information.

Europe’s future success will be determined by whether it assures economic prosperity across Europe, allowing the benefits of EU and euro membership to easily outweigh the costs. Europe always seems to find temporary solutions to crises, but this crisis presents Europe with a particularly stark set of choices about its future direction. If European leaders can find a collective means to agree on a long-term and comprehensive approach to helping all member states emerge stronger from this crisis, Europe will thrive. If not, the idea of “Europe” will continue to decline in the eyes of individual Europeans, with or without the involvement of nationalists or populists at all. 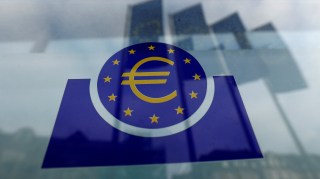