Im really excited because Im wearing a different hat this week, so to speak. On friday, Ill be the emcee at this years Madison Music & Arts Sing-Along!
This is the third year weve organized a sing along. We did Hamilton the first year and Sound of Music last year. It is a really fun evening at the Madison Junior School to simply sing your heart out. Its free and open to the public and you should come!

This is kind of a passion project for me. I started as an early joiner when the idea of a Hamilton sing along (called Hamiltunes, in the community) came about. A small crew of people who were similarly obsessed with Hamilton formed (called Hamilheads in the community), and we pulled together a great night to sing some of the songs from that show together. We needed song leaders so everyone would know where in the song we were, and found that kids in the middle school and some high schoolers were happy to get the chance to sing their favorites from Hamilton on stage. And they let me be the emcee! I love having the mic. I mean, doesnt every mom sometime wish their voice could be amplified and everyone in the room had to listen to them?

We went on to do my very favorite musical, Sound of Music. Two ladies came last year dressed in full nun habits! And again we had our song leaders. I just love that the kids are so enthusiastic about these songs and want to get some time on the microphone as well!

This year, we thought that it was time to let the song leaders have their say about what we sing. Its turned out to be songs from six broadway musicals, and of course the anthemic Into the Unknown from Frozen 2. I know when my Broadway-loving teenage daughter isnt ashamed to go see a Disney princess movie and sings the big number all the way home, weve got to sing it at the sing along!

So I hope youll join us this friday at 7:00 at the Madison Junior School for the sing along. Its going to be so much fun! 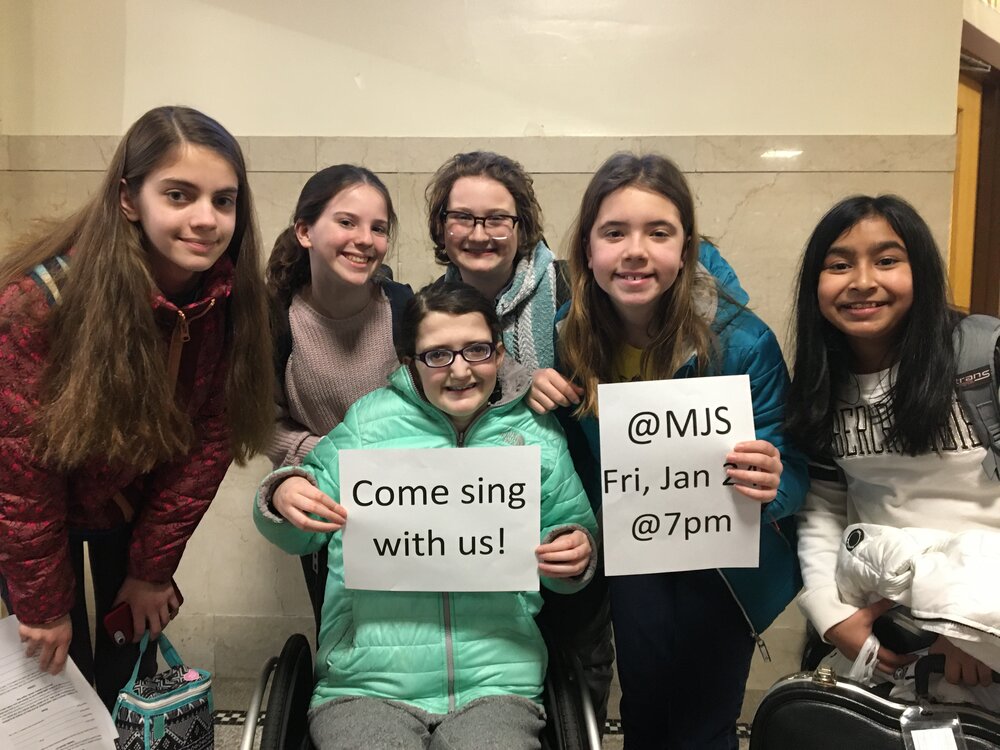