LOS ANGELES –– Though the World Cup drew to a close Sunday on the pitches of Qatar, there was some international competition on the ice at Crypto.com Arena on Monday night, where the U.S. women’s national hockey team fell to the Canadian women’s national team, 3-2, in overtime.

To say these are the two world powers in their sport would be a vast understatement.

The two sides have accounted for all seven gold medals won in the history of Olympic women’s hockey, with Canada capturing five and the U.S. earning two. They’ve also won every International Ice Hockey Federation women’s World Championship over the course of three decades. Canada has won gold a dozen times and the U.S. has done so nine times. When one team has won, the other has been the runner-up all but once in each competition. Sweden squeezed in a silver medal at the 2006 OIympics, where its men’s team won gold, and Finland lost a controversial final to the U.S. in 2019.

The U.S. leads the seven-game series 3-2, though Canada has stormed back with consecutive victories. All but one of the games have been decided by a single goal.

Just over four minutes into the match, Team USA opened the scoring and the stuffed animals went flying as fans participated in a teddy bear toss to benefit the Salvation Army. Eastvale’s own Barnes buried the shot off assists from veteran forwards Amanda Kessel and Kendall Coyne-Schofield.

Through 20 minutes, the Americans carried a one-goal edge and had drawn the game’s only penalty, failing to convert on the resulting power play.

Canada pulled even 4:29 into the second period with Stacey finishing a play set up by forward Emily Clark and defender Ella Shelton seven seconds after Canada’s power play had elapsed.

They would strike again, this time officially with the extra woman, with 2:54 to play in the second period. Fillier, who recorded her first goal and first point off of assists from linemates Marie-Philip Poulin and Brianne Jenner. She can score in bunches though: the 22-year-old recorded a hat trick against Sweden at the Olympics and led Canada in points at the World Championships. Poulin, a surefire future Hall of Famer, took over sole possession of the team scoring lead in the Rivalry Series with her fourth point in five games.

Approaching the midpoint of the third period, Heise earned the equalizer with a snipe from the right slot. Forward Alex Carpenter and defender Lee Stecklein picked up the assists. Heise, who attends the University of Wisconsin, has been the top point producer in the NCAA this season and led all scorers at the World Championships with 18 points in seven games.

While women’s hockey is widely regarded as less physical than the men’s game, there was a fracas in the goal crease that spilled into the corner. Hillary Knight, the leading U.S. scorer in the series, stuck up for her goaltender and multiple players came together to release a bit of pent-up animosity.

With four roughing penalties meted out, two to each team, regulation concluded and gave way to overtime.

In OT, Serdachny had the puck on a two-on-one break, electing to shoot, a decision that won the game for Canada and rejuvenated their hopes in the series.

More to come on this story. 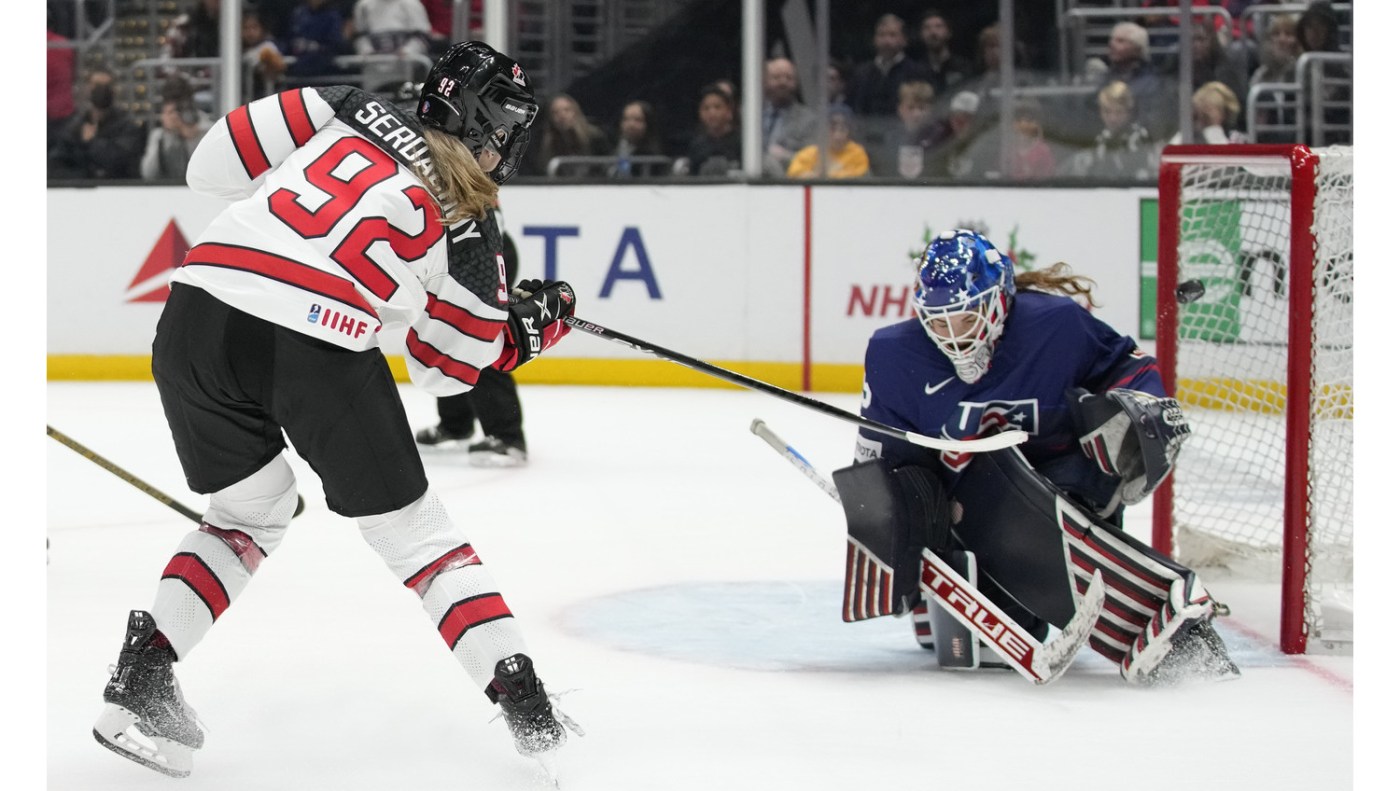