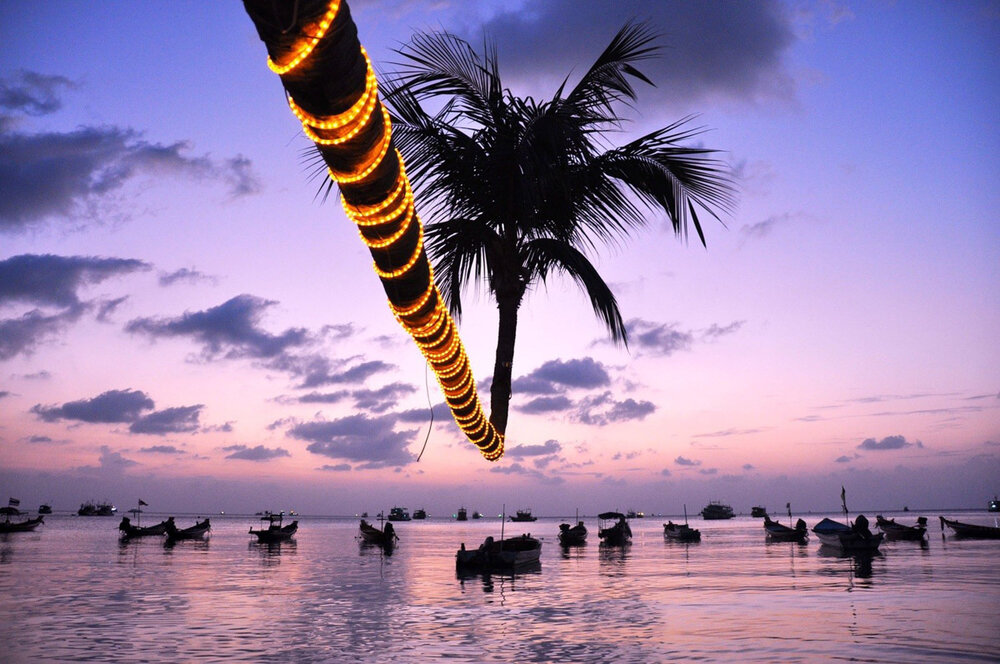 Located smack dab in the center of the mainland Southeast Asia, Thailand makes an excellent destination for backpackers, vacationers and digital nomads year-round.

With such a diverse landscape throughout the country - from the mountains in the north to the islands in the south, the climate in Thailand varies widely from region to region and seasons are not as straight forward as in other places in the world. Were going over the seasons of each region to help you determine the best time to visit Thailand for your travel needs!

There are pros and cons to visiting during all seasons and as with any destination, the weather is never as predictable as wed like it to be.

When the best time to visit Thailand?

In short, youll find the most comfortable temperatures across the country during the winter months; the best time for diving in the Andaman sea will be February - April; and the Gulf coast will have its best weather during the summer months. Our personal pick would be to visit Thailand during the start of the winter months; but more on that later 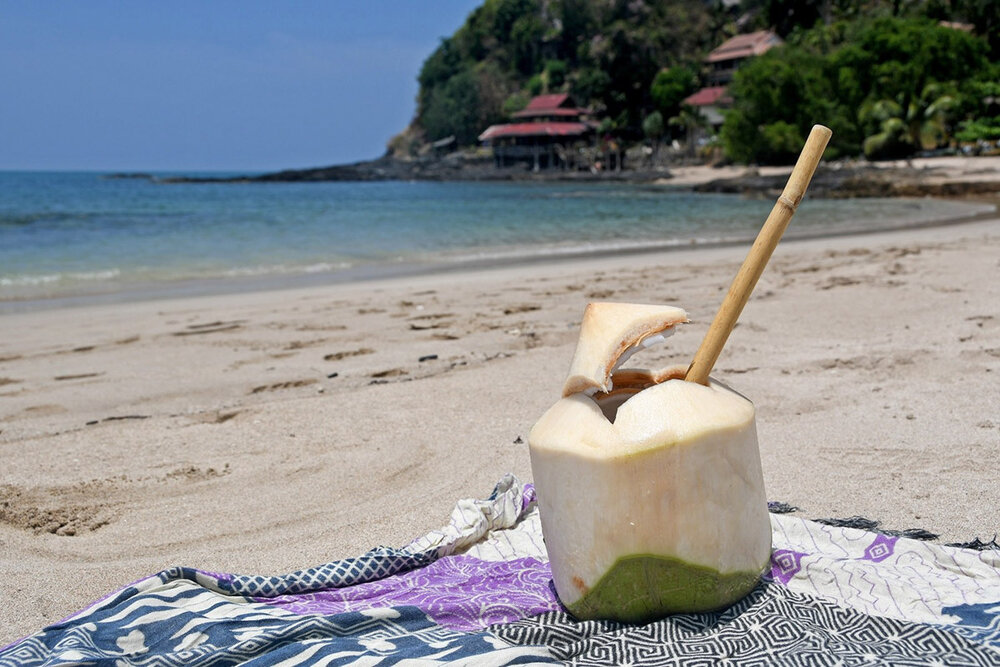 As with any destination, there is no straightforward answer to this question. If youve read any of our other Best Time to Visit articles, youre probably seeing a pattern by now.

Weve organized Thailands seasons by region, and listed some of the best things to do during each season all over Thailand. We hope reading through these suggestions will help you decide the best time to visit Thailand for YOU.

Thinking about your answers to these questions is going to help you start to determine when to visit Thailand.

Thailand is a country in the middle of mainland Southeast Asia with nearly 320,000 square miles (513,120 km) an odd shape with a long tail leading down towards the equator.

Thailand has everything from high mountains and an upland plateau in the north, to central plains and tropical islands in the south. 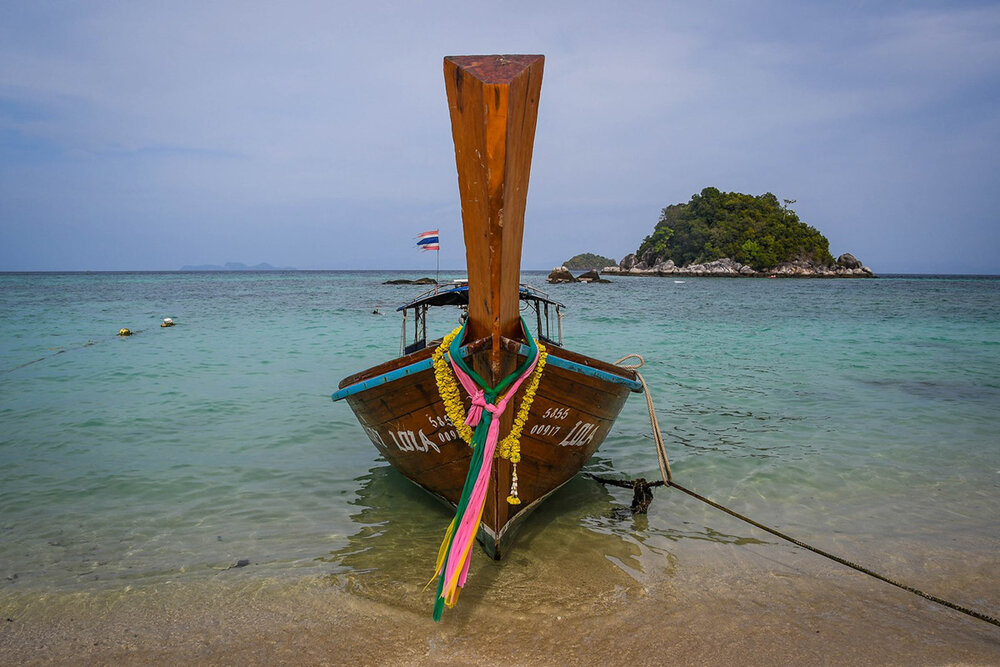 The weather in Thailand varies from region to region with the north experiencing the greatest fluctuation in temperatures throughout the year and the south experiencing very little variation the closer you get to the equator. The climate is mostly tropical with warm temperatures throughout the year (with the exception of the mountains in the far north).

The seasons in Thailand can be categorized into three main groups: Cool, Hot and Rainy. Though somewhat unpredictable, and varying from coast to coast and by region, they follow the general pattern below.

The cool season is felt most distinctly in the far north, but temperatures hardly change in the south. The hot season is essentially the dry season where central and north are at their highest temperatures with clouds of dust gathering in the air.

Weve broken down the seasons by region below to give you a better idea of the climate in specific areas. 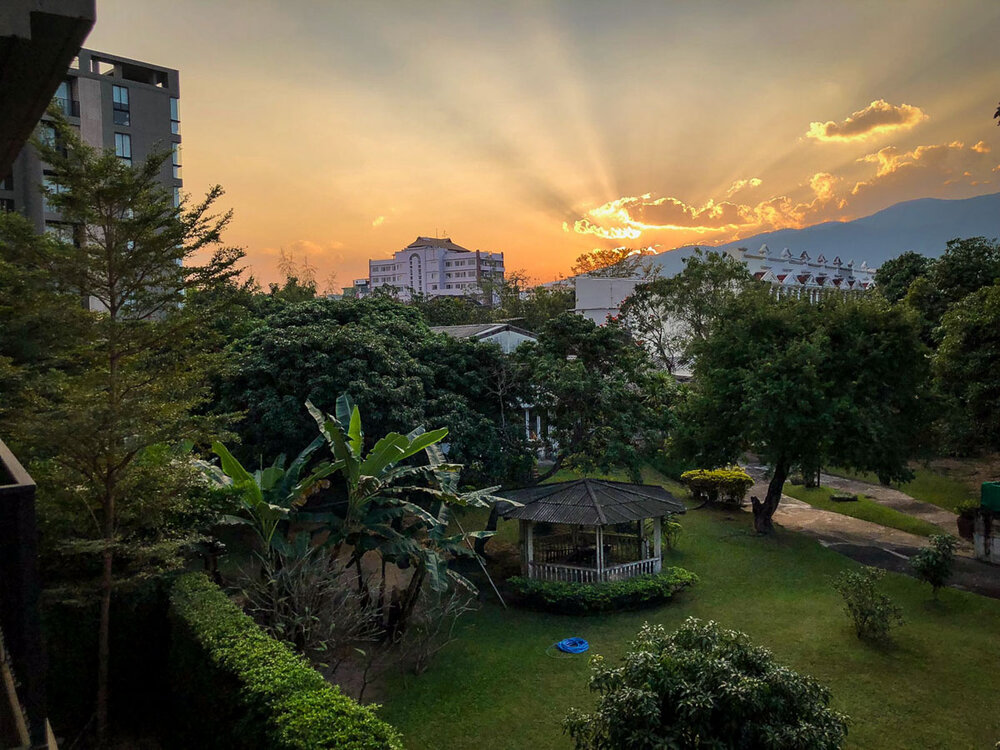 The upland in norther Thailand is less humid and experiences the greatest rage of temperatures throughout the year. During the cool season, the far north temps can dip as low as 0 C and during hot season, when the north is dry and dusty, the uplands can be even hotter than the central plains.

What to pack for visiting Northern Thailand 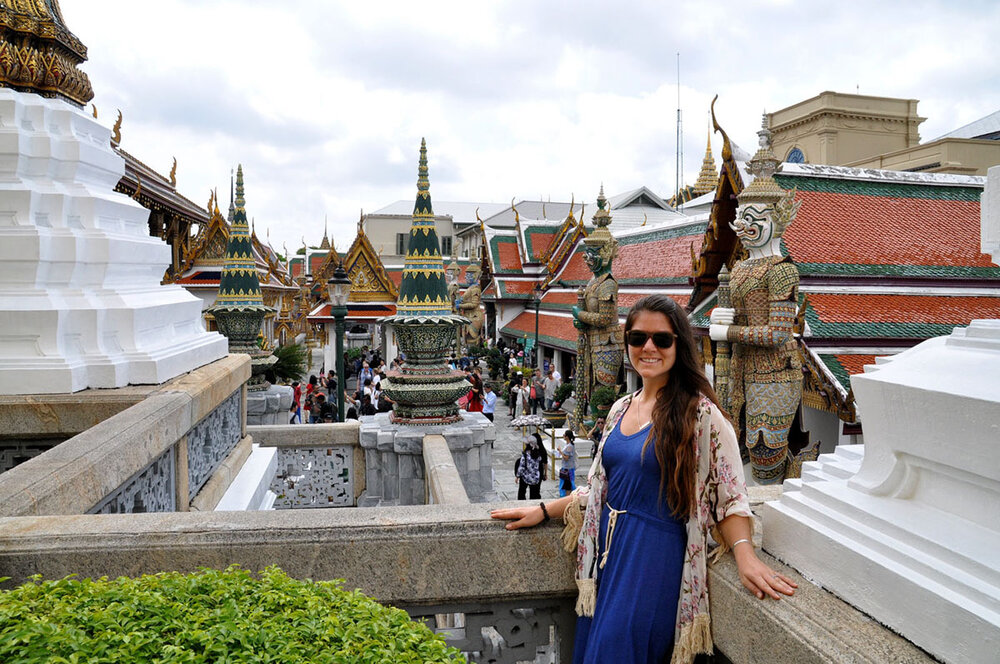 Central Thailand experiences the countrys three seasons fairly equally throughout the year. The one constant is humidity, which makes the air feel hotter than it should.

What to pack for visiting Central Thailand 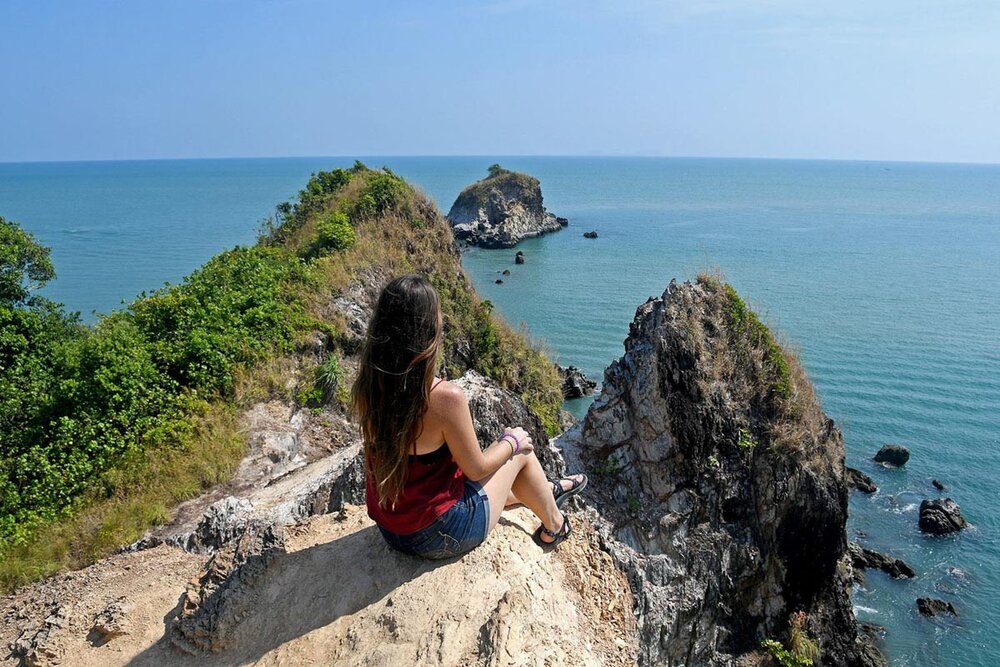 Temperatures in southern Thailand are more consistent throughout the year, with less variation the closer you get to the equator. There is really only 2 seasons down here: wet and dry.

The climate does vary from coast to coast in the south based on the different monsoons. Which is why weve split up the coasts below to show seasonal variations.

A Note About Diving: Diving and snorkeling will be at its best during the winter months. December and January will be more crowded since its the peak season. If you want to see some mantas and local whale sharks, its best to plan your trip around February to April.

What to pack for visiting Southern Thailand 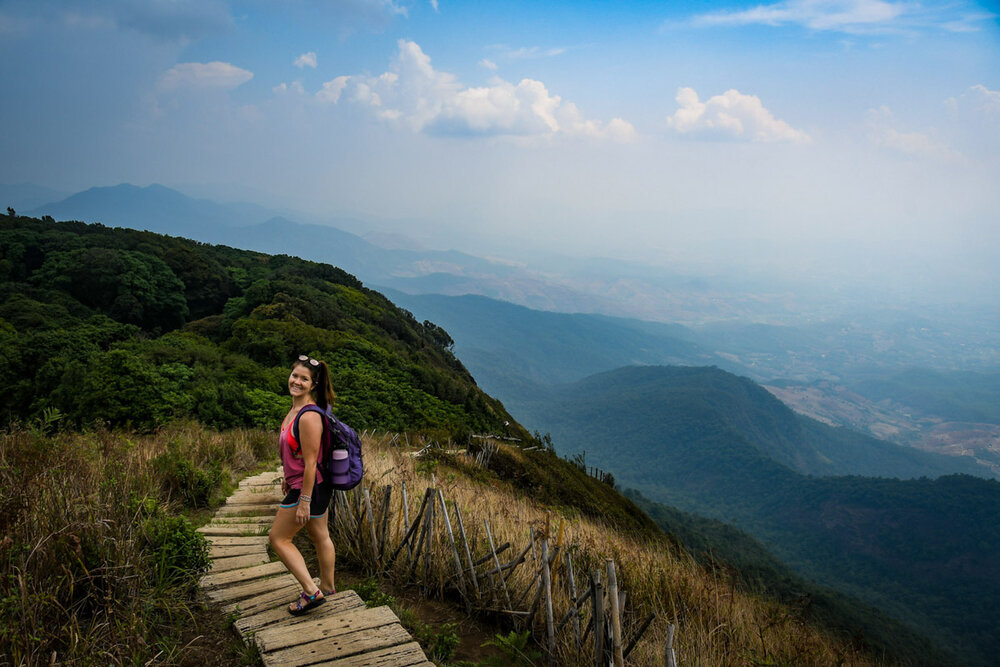 November: Peak of the dry season in most parts of the country, November sees cooler temperatures and plenty of sunshine.The western Thai Gulf coast is the only part of the country still experiencing rain.

December: Getting into the peak of tourism season in Thailand, weather is great all over the country and temperatures are relatively cool. There is little to no rainfall and tourists flock to the beaches for plenty of sunshine.

January: Peak tourism season and great weather all over Thailand. Accommodation will be at premium prices, and you should book well in advance. The cooler temps in the northern region are great for hiking in the mountains and trekking through the jungles.

February: Still peak tourism season all over the country. The Chinese New Year typically happens in February (thought it follows the lunar calendar and the exact vary from year to year). 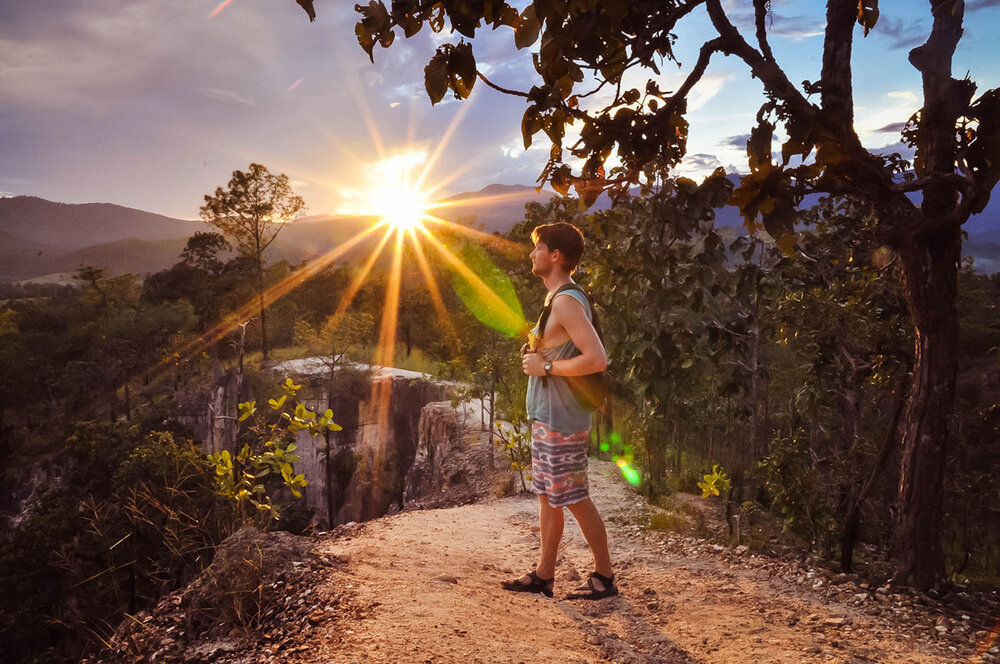 Best places to visit during cool season in Thailand 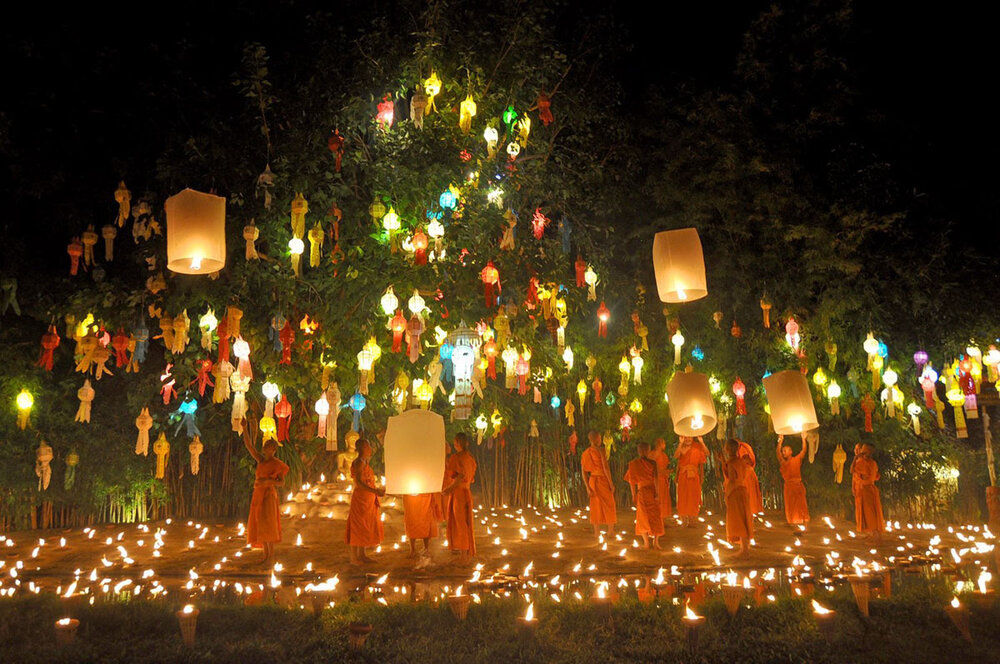 Best things to do in Thailand during cool season

Hot Season in Thailand: March - May 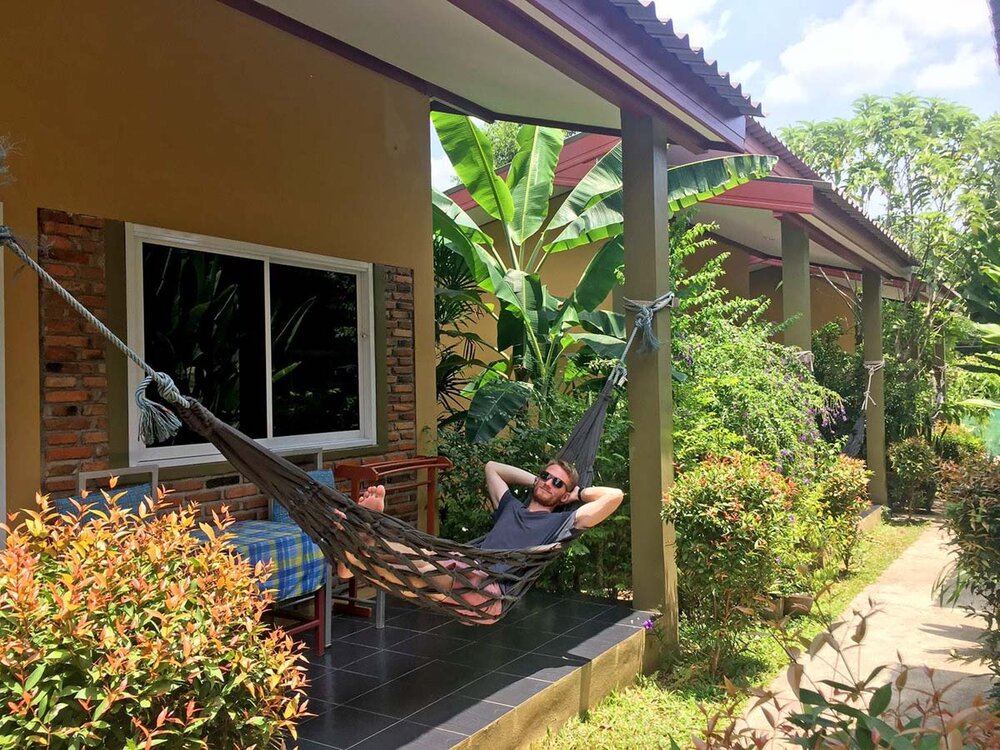 March: Temperatures are starting to heat up all over Thailand, so its best to stay near the water. In the north, burning season is in full force, so youll want to avoid traveling there as much as possible. Its prime time for diving in the Andaman Sea at popular locations such as the Similan Islands.

April: One of the hottest months in Thailand. Be sure your accommodation has air conditioning if you are visiting during this month. Remember to drink lots of water and use plenty of sunscreen too.

May: Another incredibly hot month in Thailand. With many public and religious holidays, its a good time to get off the beaten path and experience new and interesting cultural celebrations.

Best places to visit during hot season in Thailand 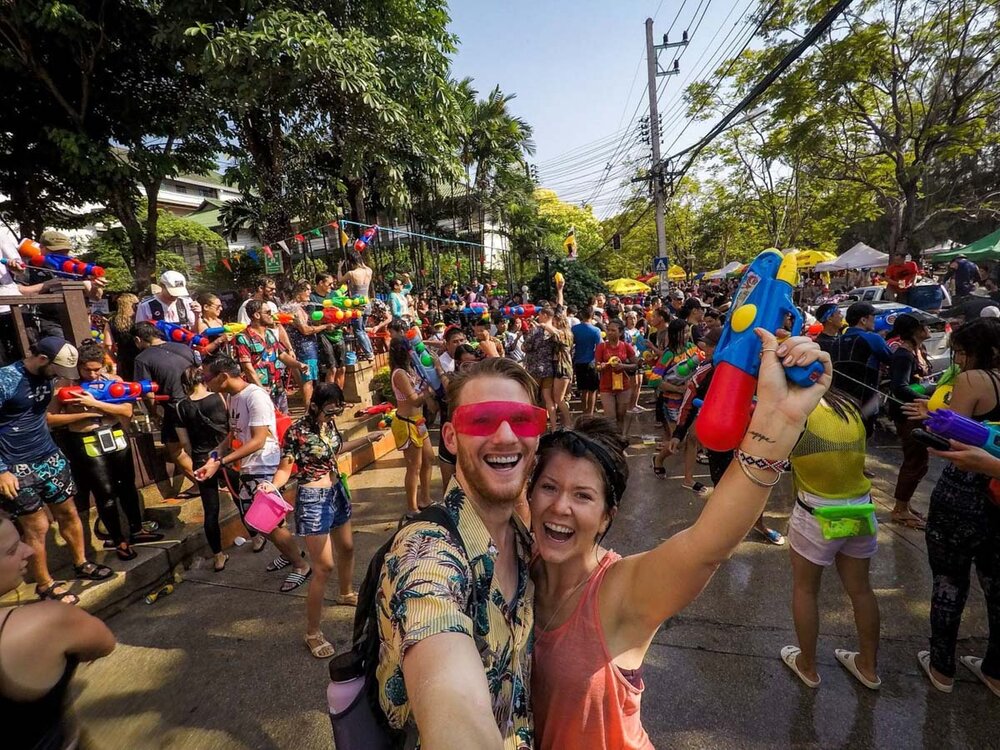 Best things to do in Thailand during hot season 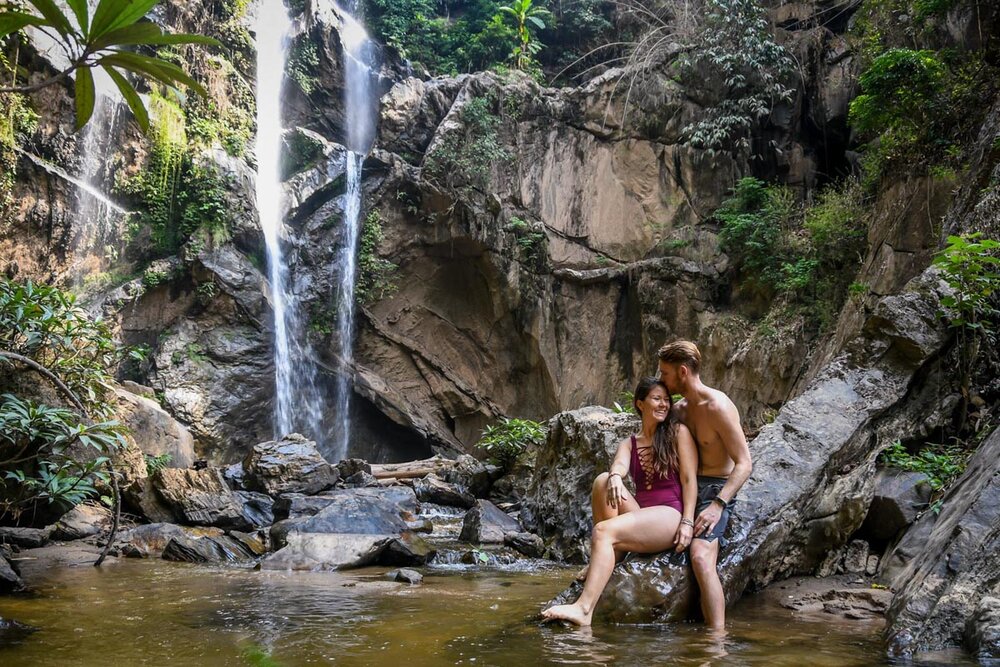 June: The start of the rainy season means youll want to carry an umbrella and wear shoes that can get wet. Take extra precautions on scooters as the roads can be dangerous when wet.

July: Wet and humid all over Thailand, youll want to pack and umbrella and wear plenty of bug spray! Be careful of leeches if you are planning on venturing into the jungle.

August: Typically the wettest month in all of Thailand. Come prepared for the rain and be sure to have a long list of indoor activities to entertain yourself during this month.

September: This is the wettest time of year on the Andaman coast, but rains generally ease up in the north.

October: Central and Northern Thailand will have dried up by October, but nearly all of the islands on both coasts will still be experiencing heavy rain. 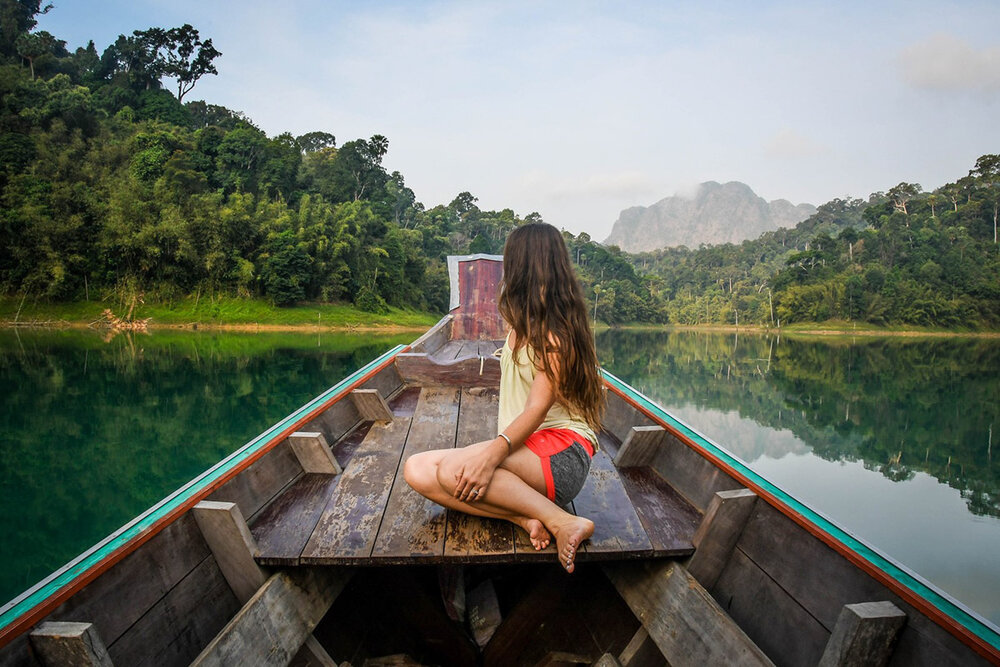 Best places to visit during rainy season in Thailand 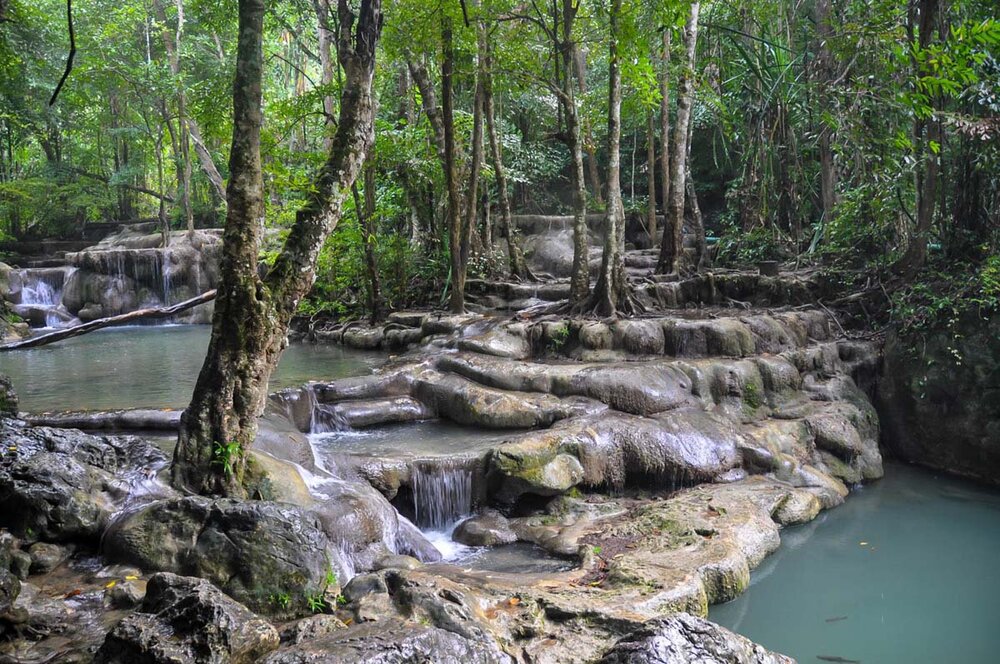 Best things to do in Thailand during rainy season

The best time to visit Thailand in our opinion... 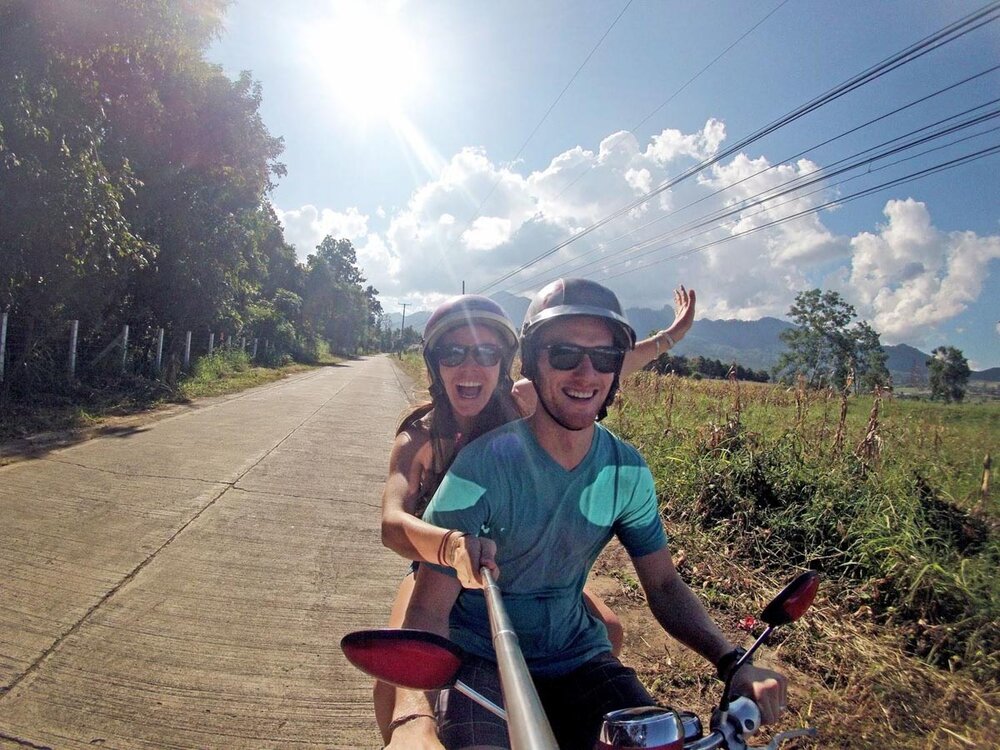 There really is no bad time to visit Thailand, but its a good idea to have the seasons in mind when planning your itinerary and activities youd like to experience during your trip.

Visiting during November - January will give you the most flexibility in your itinerary in terms of enjoying the best weather all around.

When to avoid traveling in Thailand 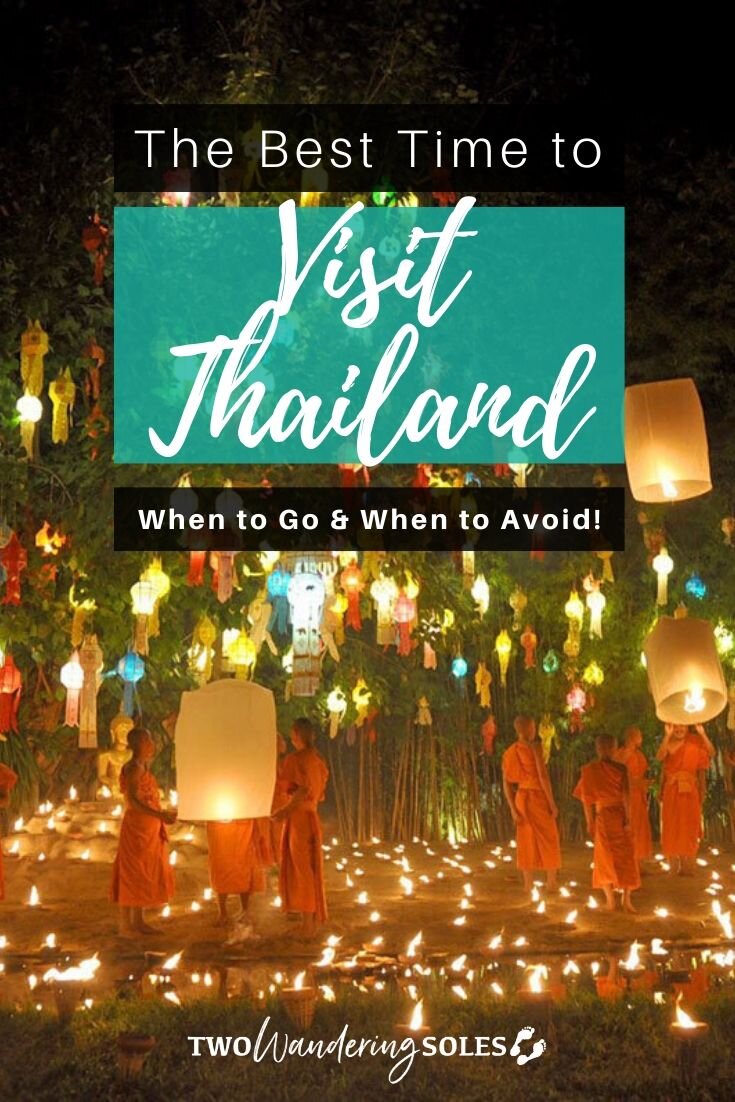 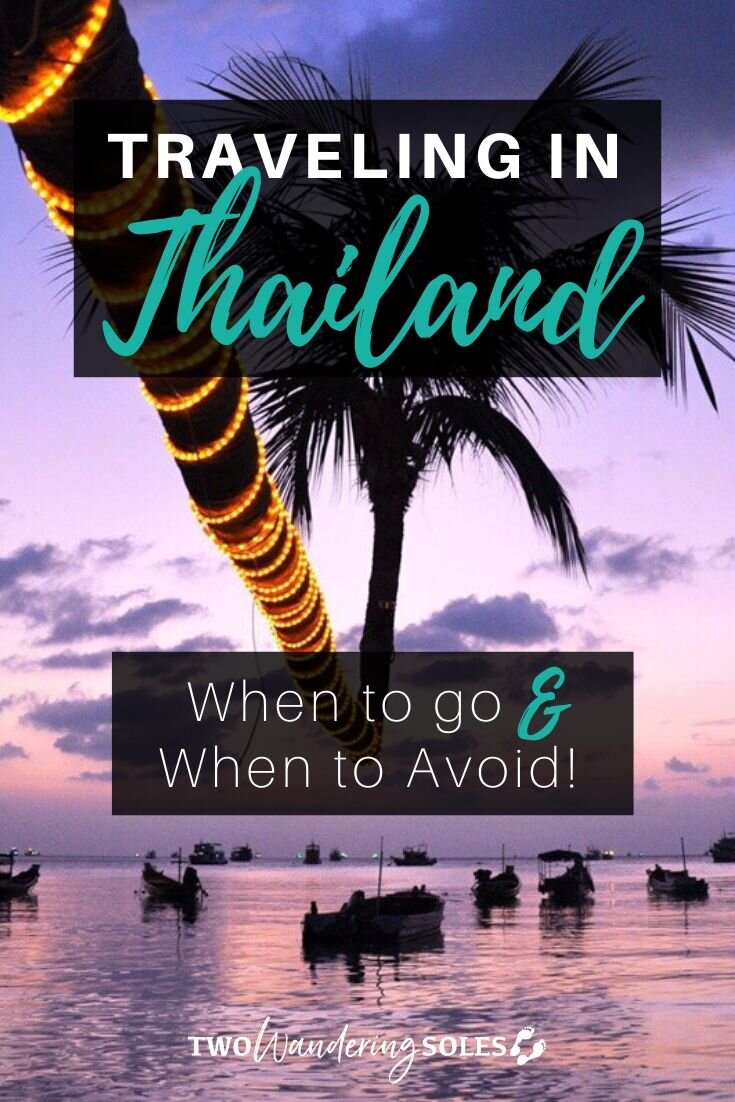 Have you ever been to Thailand before? When did you go and what was your experience like? Leave your comments in the section below and well do our best to respond to any questions!